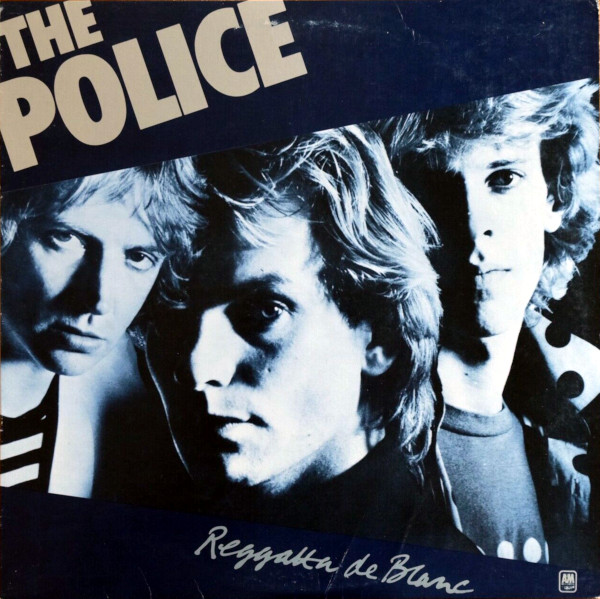 A #1 record with two #1 singles. Not a bad showing for their worst album.

Kronomyth 2.0: Lightning in a bottle

Stewart Copeland’s wife, Sonja Kristina, put it best when she noted that you have your whole life to write your first album and six months to write the second. (Copeland has since made the same observation in interviews, referring to it as “an old adage,” so the phrase’s origins are cloudy.) I’m not sure if she had an equally wise saying about drummers trying to take over the band on the second album. Reggatta de Blanc shows the strains of trying to come up with new material quickly. About half the album is filler, including the title track (a point that Copeland himself has conceded), and about half of it feels like a Klark Kent album (not necessarily the same half, by the way).

The album’s title alludes to “white reggae,” a term that might have accurately described the band’s sound at the time. Walking on the Moon would certainly fit that description, The Bed’s Too Big Without You too. Through it all, Sting’s bass carries the melodies against Andy Summer’s shimmering guitars and Copeland’s kinetically charged drums. If nothing else, Reggatta de Blanc is the first album where the band appears as musical equals; Sting’s bass playing is just as central to the music as the guitar and drums. Copeland’s songwriting, not so much, although if No Time This Time is any indication, it wasn’t a case of crowding out any great ideas that Sting had.

The Police’s second album has its admirers. My admiration for the album begins and ends with the two singles, “Walking on the Moon” and the brilliant Message in a Bottle. Beyond that, I do enjoy It’s Alright for You and Bring on the Night. But on any other Police album, I’d be raving about every song. Reggatta de Blanc feels like a warmup instrumental, Deathwish is basically the band’s take on Bo Diddley, and Contact and Does Everyone Stare wouldn’t have made the cut on Klark Kent’s first (and only) record.

You don’t have to agree with me. The Police themselves seem to have a high opinion of the album, although the group wasn’t famous for their modesty. And every Police album is worth owning, including this one. But among the band’s five studio albums, this is the piggy that got stiffed on the roast beef.

Arranged by The Police.