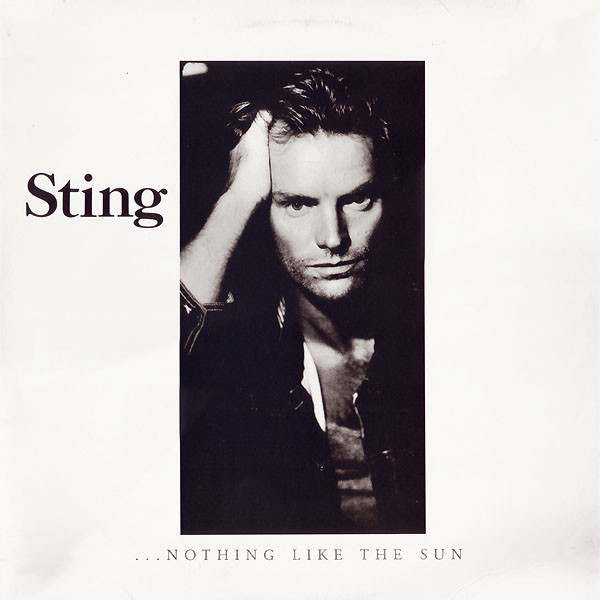 Sting reprises his role as Hamlet with Branford Marsalis and Kenny Kirkland as Rosencrantz and Guildenstern.

Kronomyth 3.0: Get your money for Nothing.

Sting’s third album, Nothing Like the Sun, is too intelligent to ignore. Also impossible to ignore is the fact that Sting looks increasingly like Fabio on the videos that accompanied this album. From Be Still My Beating Heart to An Englishman in New York to They Dance Alone to We’ll Be Together to Fragile, Sting’s hair grows longer, his longing stares grow deeper, and my desire to punch the man grows stronger.

Now, bearing in mind that Sting had recently lost both parents to cancer, you have to wonder what kind of awful person could have anything but sympathy for the man. The songs he wrote about his mother’s death (The Lazarus Heart) and, later, his father’s death (“All This Time”) are eloquent and heartachingly human. The same could be said for his divorce (“I’m So Happy I Can’t Stop Crying”) and his affair (The Secret Marriage). In fact, the uglier his life gets, the prettier he seems. There’s probably a Dorian Gray story in there somewhere.

Nothing Like the Sun is erudite, occasionally sensual, equally at home in the shadows and the spotlight. It’s a brilliant album in many ways, but about as light as Thomas Hobbes’ Leviathan. The album’s standout single, “We’ll Be Together,” is a tease; it’s the only time Sting sounds more like the black Prince than the black prince, Hamlet. Despite its dark overtones, Nothing Like the Sun rarely tries the same trick twice. Sting appears in a variety of settings, from reggae (History Will Teach Us Nothing) to Brecht (Sister Moon). He even pulls off a Jimi Hendrix song, Little Wing, which might be the prettiest version I’ve heard since Derek and the Dominos.

The backing band again prominently features Branford Marsalis and Kenny Kirkland, with a new rhythm section that includes French jazz percussionists Mino Cinélu and Manu Katché. They give the material a continental jazz flair that elevates the music to the beau monde of literate pazz and jop. You know, I’m sure there were people who wanted to punch Hamlet too, moping about with no regard for his own entitlement. But the suffering artist and melancholy prince are popular archetypes for a reason. We’re all prone to feel sorry for ourselves sometimes, but don’t feel sorry for Sting; he’s managed here to turn his brooding into art.

All songs written and arranged by Sting unless noted.