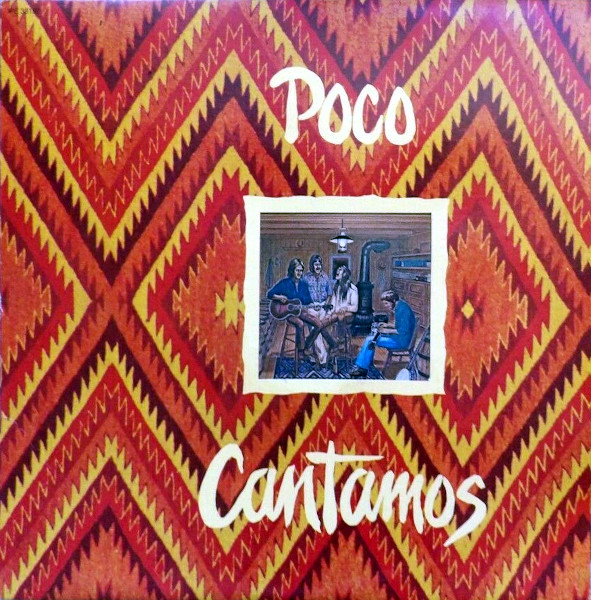 Getting progressively better with each album, it was time to talk about Poco in the same breath as CS&N and Eagles.

Over the years, Poco had developed into one of the finest examples of California country-rock. As the group lost original members, new members arrived to take their place, and the band’s music shifted toward the rock side of the equation. On Cantamos, Rusty Young emerges from the shadows as a third strong songwriter, the vocal harmonies soar (they didn’t call it Cantamos for nothing) and the band even whips out a mellotron for the opening seconds of Western Waterloo. (Take that, Flying Burrito Brothers!) Some of my favorite Poco songs to date are here, including High and Dry, Another Time Around and Susannah.

Beginning with A Good Feelin’ to Know, the band’s origins in Buffalo Springfield no longer seemed important. With Seven, the last of the Buffalos died. What remained was a remarkably consistent country-rock band that could hold its own with the best of them, including the up-and-coming Eagles. When Epic touted Poco as “America’s first and best country rock band” in promoting Cantamos, it was hard to argue with them on that second point.

The band’s eighth album opens with a Rusty Young composition, Sagebrush Serenade, which combines solid country-rock with the kind of banjo hoedown you’d expect from Young. The lovely “Susannah” is followed by the album’s single, High and Dry, again written by Young. At this point, I began wondering where Rusty had been hiding all these years. The guitar work from Young and Cotton is also outstanding on this album.

The second side opens with a rocking number from Cotton, One Horse Blue, and Schmit’s first contribution, Bitter Blue. That’s followed by another pair of stellar rock-country and country-rock from Cotton and Schmit, “Another Time Around” and Whatever Happened to Your Smile, before closing with a third Young composition, All the Ways. With three songwriters and four vocalists, Poco presents a broad and rich canvas on Cantamos. True, Eagles albums had more range, but the similarities to mid-period CS&N are often striking. In retrospect, more of us should have been singing Poco’s praises.