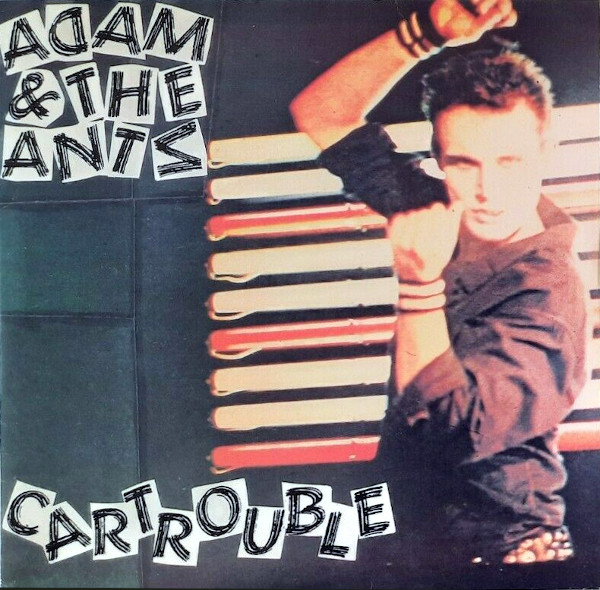 Adam Ant clearly wasn’t in love with his car, but who doesn’t love ice cream?

Kronomyth 1.1: Keep your feet off the upholstery, Ronnie.

This is a polished-up version of “Cartrouble (part 2)” now featuring the magnificent Marco Pirroni on guitar and future Culture Club drummer Jon Moss. It’s the band’s best single to date, foreshadowing their signature sound in the big Burundi beats of Moss (here credited as “Terry 1 & 2” because of contractual ties). The early Adam & The Ants music always reminded me of XTC, which is a compliment, I assure you. The lyrical outlook is pure Ant, however; in the case of Cartrouble, rejecting the male car-love so closely associated with traditional rock & roll.

The B side is a new version of Kick! (now with an exclamation point), that kicks some indeed. The topic this time appears to be the mistreatment of indigenous people, also the subject matter of Gang of Four’s infamous Entertainment! album cover. Strange that the English should focus so much on racism against American Indians, when they had their own Indian affairs to reconcile…