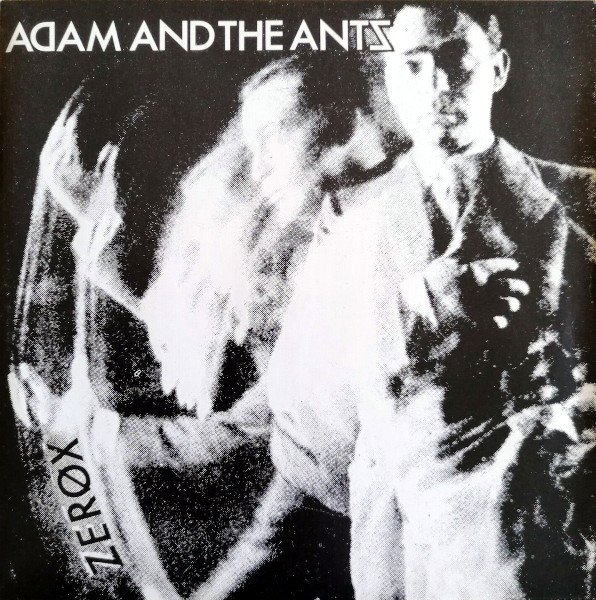 An early single from a true original, this became a minor hit when it was re-released at the end of 1980.

Kronomyth 0.5: Tonight, the xeroxes were singing for you.

It’s interesting that the psychedelic -> progressive metamorphosis has its future mirror in the punk -> new wave transition. Just as many prog bands started out playing psychedelic rock, most of the major “new wave” artists (The Police, The Cure, Siouxsie and the Banshees, The Damned) started out posing as abrasive post-Sex Pistols punks. Adam and The Ants’ second single, Zerox b/w Whip in My Valise, certainly fits that bill. Sounding like a sexy Siouxsie Sioux, Adam Ant kicks at the star-maker machinery (everything is a copy) on “Zerox Machine,” a song that appears to have its inspiration in David Bowie’s reference to himself as “a human Xerox machine.” The grating guitars and pounding drums are typical of the post-Pistols movement.

The B side, “Whip in My Valise,” grinds at a deliberately slow pace while Ant delivers droll lines like “Who taught you to torture?” and “I paid a packet for a new strait jacket.” If there were a pop S&M hall of fame (shame?), this would have its very own display. In 1980, when Antmania was in full swing, Do It Records re-issued the single, which almost nicked the UK Top 40. There are also versions of this single with a different B side, “Physical (You’re So),” although I don’t know why.