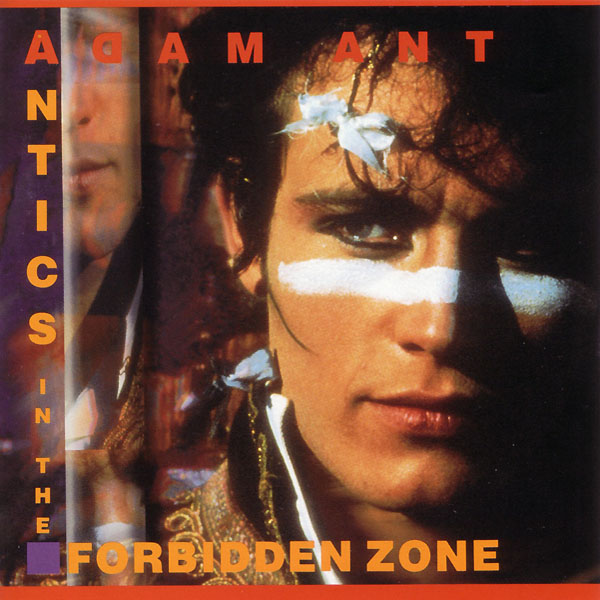 A very solid compilation of the best of the Ants, after the white socks had been traded in for pirate boots.

Despite a brief career during which both gloss and dross played their parts, Adam & The Ants will hopefully be remembered as musical pioneers of the highest order. Even in their heyday, few mentioned them in the same breath as “serious” artists like The Clash and XTC, but history will recall the silly outfits as savvy media manipulation and forget the mediocre music that followed after the fashion show ended.

Antics In The Forbidden Zone goes a long way toward setting the record(s) straight by including his/their (was there ever a difference?) best music in chronological order and spending more time on the seminal first than the withering last two Epic albums. During the early 80s, Ant was a personal hero of mine, cut from the same fancy cloth as David Bowie and Marc Bolan. Beginning with Strip, however, I began to lose interest in what I perceived was quickly becoming a caricature. Mostly because it was an expensive import, I never tuned in for Dirk Wears White Sox either. My loss, since those early tracks are the rocking missing link between the Ants’ original punk aspirations and the highly stylized, sexually charged music that followed. (They’re also missing from Antics, at least the original version.)

The first four tracks pick up the story after Sox, featuring the first singles with the new band. What follows are the oft-antologized classics: “Kings of the Wild Frontier,” “Antmusic,” “Dog Eat Dog,” “Stand and Deliver,” “Prince Charming,” “Goody Two Shoes,” “Desperate But Not Serious,” “Friend or Foe.” There’s also the egregious “Antrap,” “Puss ‘n Boots” and “Strip.” Even with the best of Adam Ant, one must take the good with the bad. Fans who own the original four albums won’t have much use for Ant’s Antics (notwithstanding the nonalbum B side “Beat My Guest”). The remaining Antasters and outsiders are in for a sweet surprise, as this generous single-disc compilation captures them at their most Antastic.

All songs written by Adam Ant/Marco Pirroni unless noted.