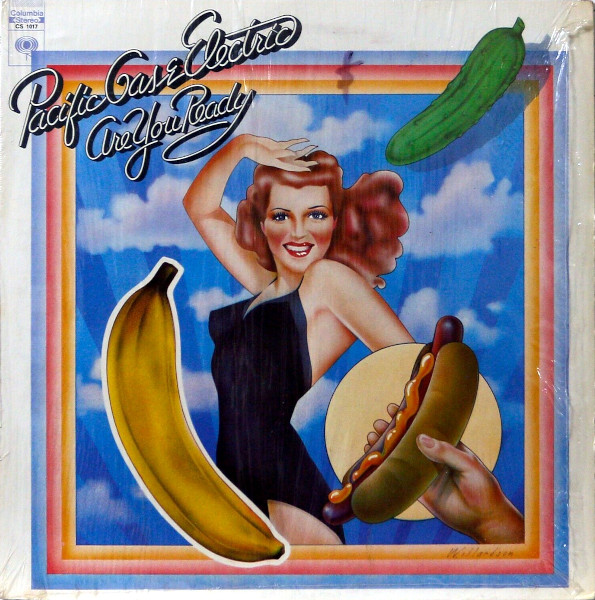 The band’s third album finally earned them a hit single, but it was the end of the line for the original lineup.

Pacific Gas and Electric finally scored a hit with the title track to their third album, Are You Ready. A gospel/blues original featuring The Blackberries (something of a recurring theme on this album), Are You Ready was a departure in sound for the band, more suitable to the soundtrack of Jesus Christ Superstar than a psychedelic blues band. Then again, PG&E was never strictly just about the blues; on Mother, Why Do You Cry, they even cross over into country-rock with the help of Poco pedal steel guitarist Rusty Young.

Whatever success PG&E could lay claim to rested largely on the shoulders of Charlie Allen and Glenn Schwartz. Allen was a first-class belter, Schwartz a talented guitar slinger. On Are You Ready, Allen’s voice feels sapped of some of its original strength. He’s still a potent frontman, but his voice is raspier than I remember. Schwartz, on the other hand, just seems to get better with age.

If the weakened state of Allen’s voice is a cause for some concern, so is the absence of second strong songwriter. About half the album is cover material (Love, Love, Love, Love, Love is a song that John Hill had written earlier and previously released under his own name), and the originals aren’t that original. In fact, the covers are actually more original, including Otis Redding’s Hawg for You and a treatment of The Isley Brothers’  “Black Berries” that sounds for the life of me like Roxy Music’s “The Bogus Man.”

The rest of the tracks more of less follow the electric blues of their last two albums. Brent Block’s Screamin’ has some psychedelic production touches, Elvira is two minutes of straight blues adrenalin and the never-ending story of Stagger Lee gets another retelling on Staggolee. A straight version of Percy Sledge’s When a Man Loves a Woman ends the album on a classy note. Unfortunately, Pacific Gas and Electric broke up after this album, with Allen and Frank Cook (now in the role of producer) soldiering on under the shorter PG&E name.