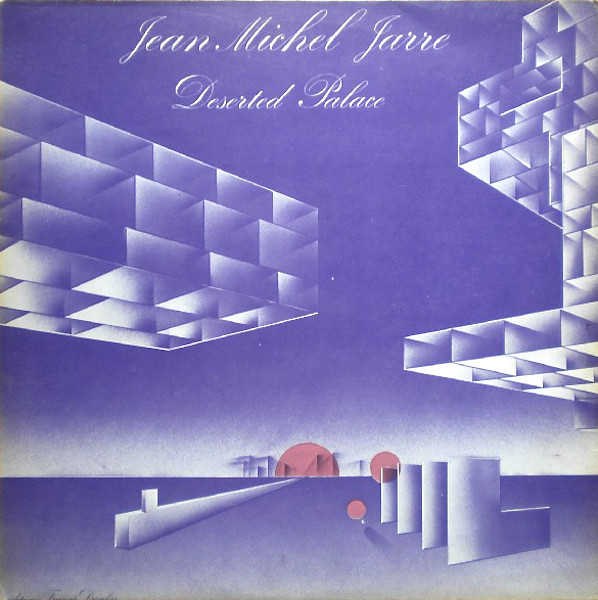 An early collection of incidental electronic music for film and television suitable for science fiction or classy horror.

Conceived as a series of short musical pieces to be used in film and television, composer Jean-Michel Jarre’s first full-length album represents an early attempt to create expressive music with (mostly) synthesizers. Deserted Palace received a very limited release, making it a difficult and costly record to obtain these days. For your trouble, you’ll get a selection of music that feels like a lost soundtrack to an early 70s science-fiction or horror film, but nothing that would overshadow (or even really point to) the avowed masterworks of Oxygene and onward.

Quite a few of the pieces show a classical influence (Jarre was classically trained), and I wonder if he didn’t have the work of Wendy Carlos in mind when writing some of these songs such as Deserted Palace, Music Box Concerto, Bridge of Promises and A Love Theme for Gargoyles. Alongside these more “serious” bits are novelties that explore a particular mood or sound (Exasperated Frog, The Abominable Snowman). If an idea doesn’t capture your imagination, at least you don’t have to wait long for the next one to arrive.

The album does contain one extended track, Wind Swept Canyon, which is probably the closest parallel to the space music of later albums. Synthesizers were still a novelty as an instrument in 1972 (when this was recorded), and Jarre joins his fellow electronic pioneers in anticipating the future with some of this. Rain Forest Rap Session, for example, sounds uncannily like the Atari video games of the late 70s. As a portfolio sampler for future film work, Deserted Palace is pretty impressive but, given Jarre’s shift in direction, its value today is mostly historical.