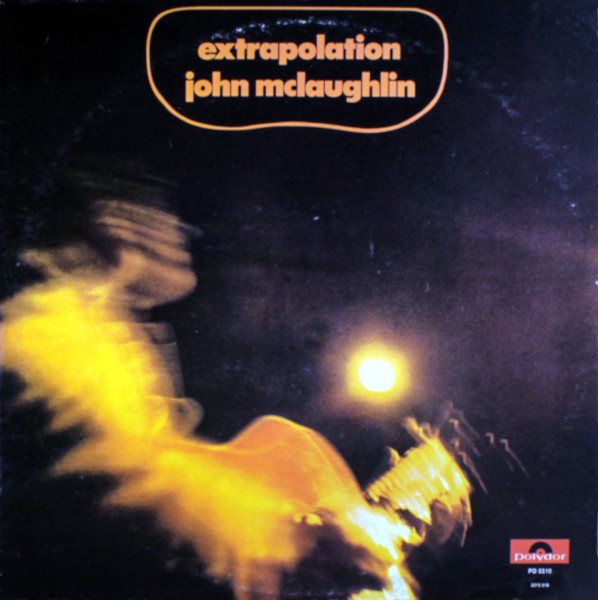 A Giorgio Gomelsky-produced session of jazz fusion from the soon-to-be-famous guitarist in Miles Davis’ electric outfit.

Shortly before electrifying the jazz world with his performance on Miles Davis’ In A Silent Way, John McLaughlin entered a London studio to record an album of original material for the little-known Marmalade Records. The resulting record, Extrapolation, received a limited distribution in the UK, but was subsequently repackaged and re-released by Polydor to take advantage of McLaughlin’s post-Miles/Mahavishnu fame. Recorded with Giorgio Gomelsky as a quartet that included John Surman (saxophones), Brian Odgers (bass) and Tony Oxley (drums), Extrapolation already displays a maturity of style and vision that should immediately appeal to McLaughlin’s fans (and fusion fans in general).

The album is essentially performed as two extended halves; themes disappear only to return several “songs” later, connected by clever improvisation and several “reflective” passages that provide a soothing yang to the music’s more troubled yin. McLaughlin’s style could be called mathematical. He plays in terse bursts, amelodic chords, occasionally using rock phrasings (e.g., “Two For Two”) in his pursuit of a new sound for the electric jazz guitar. Odgers, Oxley and Surman are all very solid, but it’s the voice of the electric guitar that will captivate you on this record, because it’s something you haven’t heard before.

McLaughlin would show an affinity for musical extremes throughout his career, but rarely at the expense of form or forethought. Extrapolation isn’t one of those out-of-control experiments like Circle; McLaughlin has a plan and executes it surprisingly well on his first session as a bandleader. A lot of listeners have gone looking in the music of Extrapolation and found evidence of greatness. I wouldn’t argue that point, I would merely point out that the man has released a lot of records since then that refine the approach and offer a higher caliber of music. Still, this isn’t some archival cash-grab like Vangelis’ Hypothesis (another Gomelsky production that featured Odgers and Oxley), but an impressive debut from a unique and soon-to-be pivotal force in the jazz-fusion scene. In fact, I may actually prefer this album to some of the later Soft Machine efforts, which otherwise ply similar sonic territory.