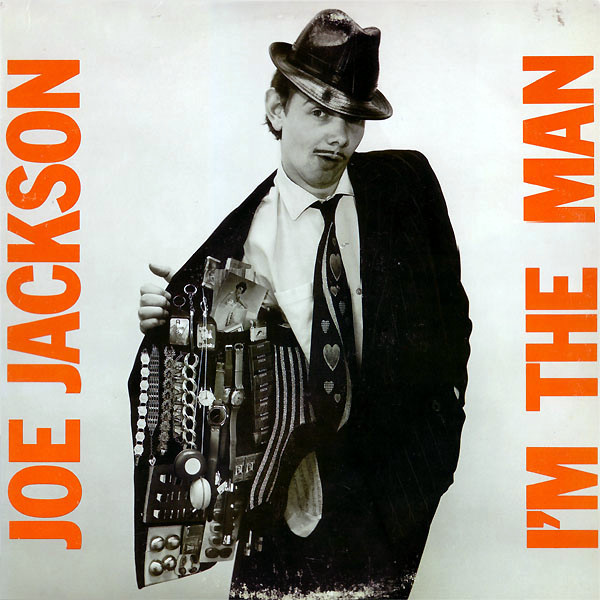 The songs began to stretch out a bit more on JJ’s second album, but his aim is still true.

Kronomyth 2.0: You’re gonna hear in me your radio, radio.

The new toad prince wasted no time in releasing another album. I’m The Man sounded petty and small-fisted sometimes (“On Your Radio,” “Don’t Wanna Be Like That”), yet also had a beautifully bitter streak that revealed deeper, stiller waters (“It’s Different For Girls”). Essentially a cheap knockoff of the first, if you loved the debut (as I did), you’re bound to at least like the sequel. Joe Jackson is guilty of writing the same song twice, but you were planning to listen to “Fools In Love” (now “Amateur Hour”) and “Happy Loving Couples” (now “Geraldine And John”) more than once anyway, weren’t you?

Maybe more important than the music on I’m The Man is the message it sent: Jackson was a creative talent who would not be contained. Elvis Costello’s fertile genius had set the bar improbably high. If you were going to compete on the man’s court, you would need to be in a constant state of motion/creation/evolution. Still, I’m The Man initially struck me as a disappointment; nothing on here was as smart and streamlined as “Is She Really Going Out With Him?” or “Sunday Papers.” These days, I’m just as likely to feel nostalgic for this album, given Jackson’s imminent abandonment of the three-minute pop song. The innocence and optimism behind a “Get That Girl” or “Kinda Kute” would soon be gone, replaced by songs about cancer and middle-aged frustration.

Sure it’s a half-baked record, but what came out of the oven early is still very tasty some of the time (“It’s Different For Girls,” “I’m The Man”). Plus, had he waited much longer, he might have been cooking in an entirely different kitchen (swing, tin pan alley), and the world needs more power pop records, even the half-baked ones.