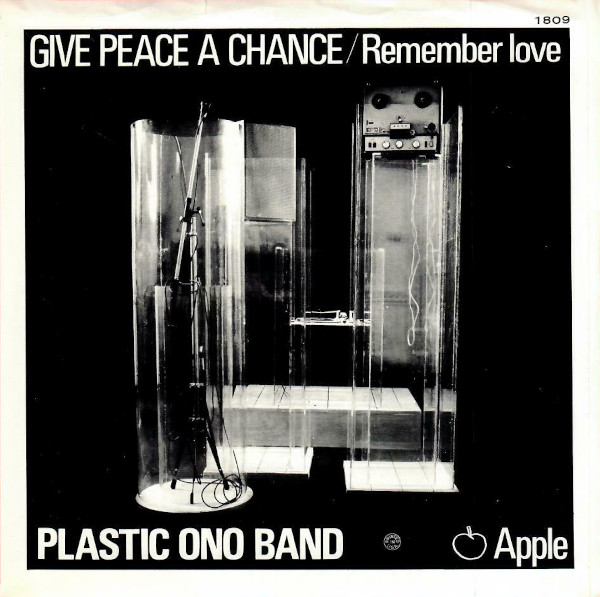 Maybe not John’s most memorable melody, but his most enduring sentiment? Yes.

Kronomyth 1.0: Sun queen in the way she moves.

“The peace was in our minds, really. I mean, we did seven days press conference for peace in which we donated one week of our two week holiday for world peace. Now a lot of cynics have said, oh, it’s easy to sit in bed for seven days. But I’d like some of them to try it, and talk for seven days about peace. All we’re saying is give peace a chance.” – John Lennon in a 1969 interview at the Sacher Hotel.

Not to be confused with the Spongebob theme song (all they were saying was “give cheese some pants”), this, the first “normal” music from John Lennon and Yoko Ono, comes in the form of an anti-war protest song. Fashioned loosely after The Beatles’ “All Together Now,” which had appeared in the Yellow Submarine film, “Give Peace A Chance” is an acoustic chant featuring astral traveller Timothy Leary (among other Earth-bound luminaries) and credited to Plastic Ono Band. The B side is one of Yoko’s prettiest songs, “Remember Love,” which suggests a feminine spin on John’s “Julia” or “Sun King.”

7-inch single reissue (Old Gold)
A1. Give Peace A Chance
B1. Cold Turkey