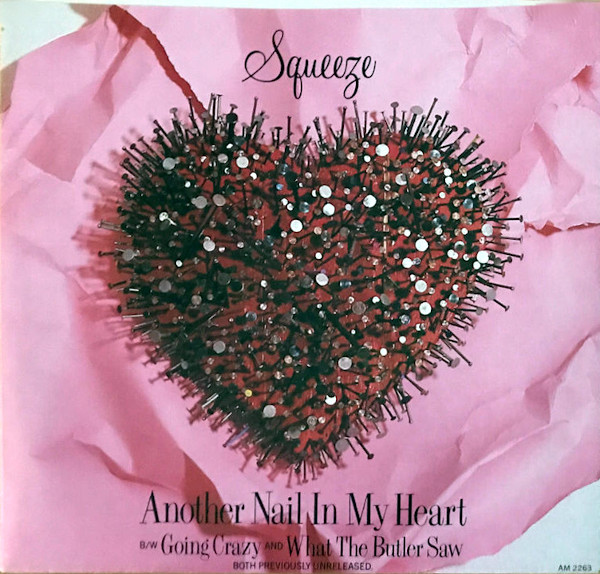 The first single from Argybargy is three minutes of musical joy tied up with a gorgeous six-string solo.

The second track on Argybargy completed a calculated one-two punch of pure pop perfection that few bands have ever equaled. Another Nail in My Heart is ridiculously fun and, with “Pulling Mussels from a Shell,” cements the notion that Squeeze had reached the pinnacle of what pop music could achieve. Even Get Happy!! wasn’t this catchy. Add in one impeccable guitar solo for the ages, and you can hear why critics had to go running back to Lennon and McCartney for reference.

Squeeze were, of course, a fitfully brilliant band up to this point, capable of their share of half-baked clunkers too, a point made plain as Argybargy wore on. The non-album B sides that supported “Another Nail in My Heart” are no better than their album filler. Pretty Thing is a Jools Holland track that is surprisingly light on personality. Going Crazy is a holdover from the band’s herky-jerky holiday single, “Christmas Day.” What the Butler Saw is the most interesting of these Bs, a bit of crime-film drama that looks forward to the sophisticated production of East Side Story, but you’d rather be watching the detectives.

*Re-titled as “Pretty One” in Canada.