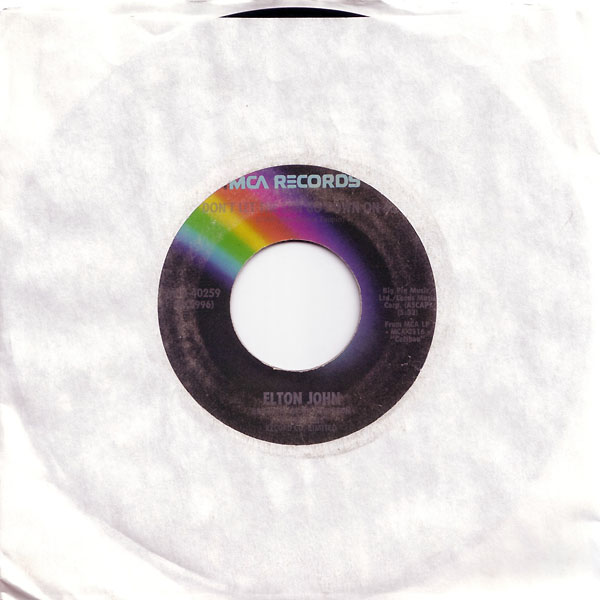 If this was Elton’s twilight, it’s the prettiest sunset you’ve ever heard.

Kronomyth 9.01: Everybody says I’ve got great ballads of fire.

Biggest. Ballad. Ever. Of course it probably isn’t really, but it is the biggest Elton John ballad of all time, in terms of sheer sonic space. A short list of them would include “Someone Saved My Life Tonight,” “Candle In The Wind,” “Sorry Seems To Be The Hardest Word.” Sun is the more powerful because it is the affirmation of life in the face of death. Sorry Seems is the leading up to it, Someone Saved the moment after, Candle years after and witnessed from afar. The B side is a nonalbum track which bears a striking semblance to its nearly namesake, “Meat City,” from John Lennon. Is it a good tune, you’re wondering? Let me answer your question with another question. Would it have missed the cut for Caribou if it were?