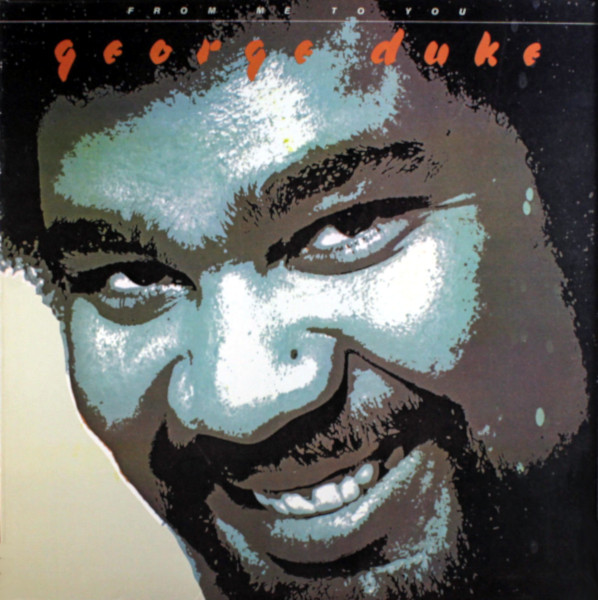 Kronomyth 11.0: The Grand Duchy of Lavinia.

George Duke’s journey from the courts of The Grand Wazoo to Parliament is more or less chronicled on the twelve records that he released between 1974 and 1979. That’s right, you heard right, twelve albums (a rate of two per year). You’d think there would be one or stinkers in that bunch, but nope. Smack dab in the middle you’ll find From Me To You, evenly split between jazz-rock fusion and funk.

While his next album, Reach For It, marked a commercial breakthrough, it was also a turning point for Duke’s career in the sense that every album after would include at least one or two readymade funk singles. From Me To You doesn’t have an obvious single, although the duet with Diane Reeves, “You And Me,” only lacked exposure to be an R&B hit. Even without a recognizable hit, this record is one of my favorites from Duke. The opening “From Me To You” instantly evokes the complex horn arrangements of The Grand Wazoo, and Duke the master arranger reappears on “Up On It,” “Seasons,” “Carry On” and “Scuse Me Miss,” deftly moving between funk and fusion.

The backing band is typically oustanding: Ndugu returns on drums, Byron Miller assumes full-time bass duties (with Stanley Clarke guesting on several cuts) and an impressive 22-year-old Mike Sembello steps into Daryl Stuermer’s shoes on guitar. Duke handles the vocals himself and does a fine job, although a good half of the album is instrumental, if that tells you anything. While the Zappa influences are to be expected, the Corea/RTF influences (“Seasons,” “Broken Dreams”) are an unexpected and pleasant surprise. Even with the forays into funk, I would rank From Me To You among the better fusion albums from the mid to late Seventies. It’s also a perfect bridge between Duke’s fusion and funk personalities, and thus may be the quintessential recording from his most creative period.

All songs composed and arranged by George Duke unless noted.