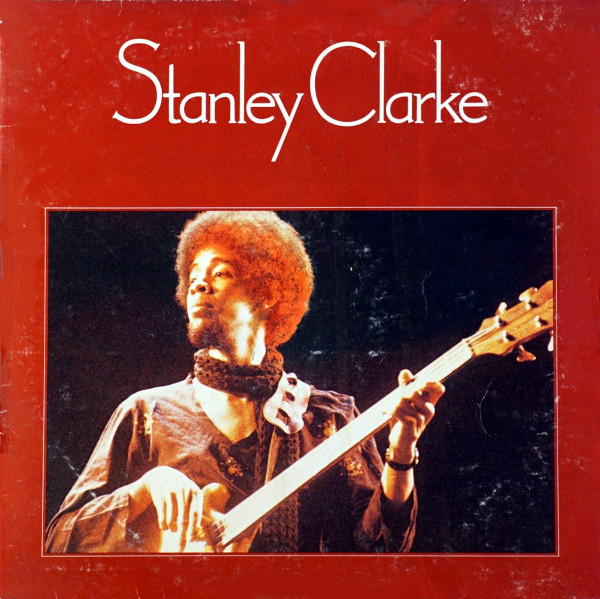 As a man grows older, he grows brittle. The magic seeps from his bones, and he makes a dry, creaking sound as he moves about the world, a kind of interminable tsk that secretly guards what little youth he has left by assessing everything around him as unoriginal, automatic, another tooth in the grinding gears of time. Critics discover this internal defect earlier, I suspect, as new works elicit the same old words. I point this out as a forward apology, since I don’t expect to say anything new about Stanley Clarke’s second album and, honestly, it deserves new language.

Unlike his first album, which patterned itself after the early voyages of RTF (and even brought Captain Corea along for the ride), the self-titled second album is a true solo journey. Clarke assembled an all-star crew—Mahavishnu’s Jan Hammer, Tony Williams, Bill Connors—arranged the material himself and put his bass front and center in the music. The pieces are decidedly more funky this time and often use a funk riff of bass and drums to move the music along, which suggests that Clarke still needed to grow as an arranger, but the bass playing itself is unimpeachably smart. Highlights include the joyful “Lopsy Lu” (which segues nicely from the album’s only vocal piece, “Yesterday Princess”) and the two extended pieces on side two, “Spanish Phases” (featuring the acoustic bass) and the RTF-like “Life Suite.”

Normally, I’d be writing a paragraph just about Tony Williams (my favorite drummer), but he’s merely excellent (versus, say, supernatural) on this session. Jan Hammer, on the other hand, really impresses me here with his Moog work which, although a bit dated (not his fault), is the album’s second main ingredient. Most of the time, Bill Connors isn’t any more audible here than on Hymn, so it must be a stylistic thing, although he does light it up for “Power” and the closing of “Life Suite.”

In comparing this with his first record, I would tell you that Stanley Clarke is the better bass showcase, Children the better bet to please RTF fans. The second album also sets a template for future works, which would highlight Clarke’s bass in various settings of funk, fusion and classical jazz.

All selections composed and arranged by Stanley Clarke unless noted.