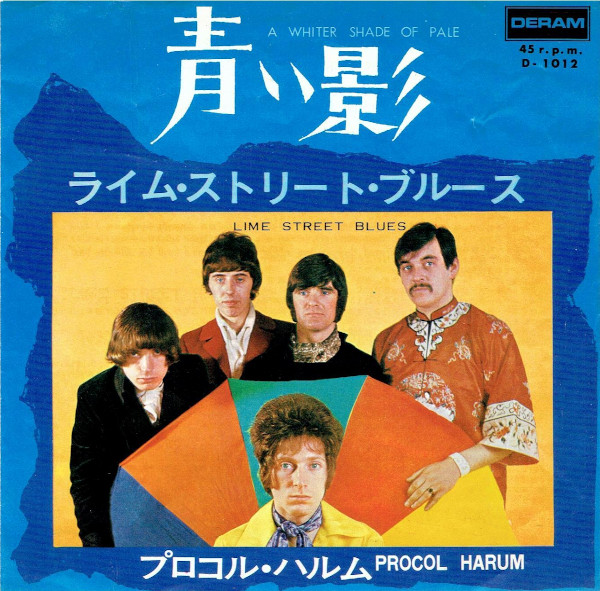 Procol’s first single proved to be a fantastic stroke of luck, topping the UK charts with its quintessentially English stateliness.

Procol Harum’s most enduring song always sounded like a pale copy of Percy Sledge’s “When A Man Loves A Woman” to me, but what on earth do I know? I suppose you could argue that The Moody Blues ripped off Shade with “Nights In White Satin,” so what goes around, comes around. Anyway, the world would be a poorer place without “A Whiter Shade of Pale” in it, so let’s not bicker and argue over who stealed who.

Proving that the single was dumb luck, Procol Harum concocted the terrible “Lime Street Blues” for the B side, an R&B original better suited to an Elvis Presley soundtrack than a prog rock band. Despite some sublimely surreal imagery from Keith Reid (credited as “Reed” on Deram #45-7507), I don’t hear “A Whiter Shade of Pale” as a harbinger of prog. Rolling Stone ranked this #57 on their list of Top 500 songs of all time which, by a strange coincidence, ranks #57 on my list of Top 500 reasons why I don’t have the time to read Rolling Stone.

Three-track 7-inch single reissue (Fly)
A1. A Whiter Shade of Pale
B1. A Salty Dog
B2. Homburg