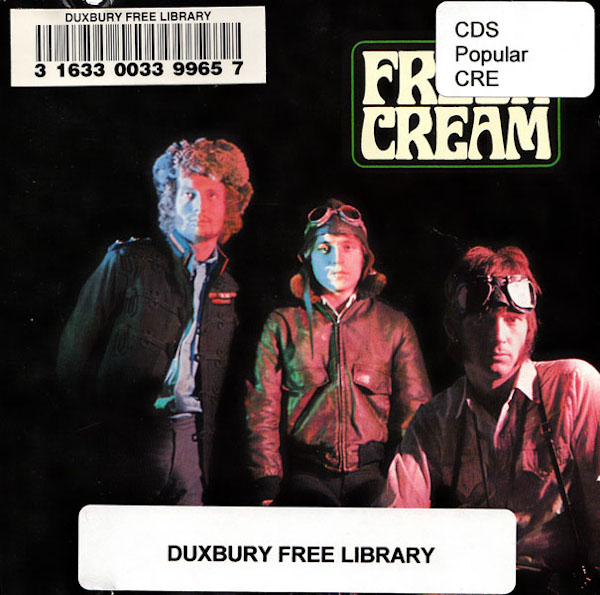 When Fresh Cream spilled out of the speakers, there was no cleaning up the mess it made. The stain of psychedelic blues rock would remain for the rest of the decade as it was ground into the carpet of our collective conscious by Led Zeppelin, Pink Floyd, Traffic, Santana. By decade’s end, the green fuzz of prog rock (ELP, King Crimson, etc.) had even formed on top of it.

So, the first Cream record is an historically important document (though perhaps no more important than the early Yardbirds records). I mention this because, nowadays, it’s easy to hear this album without appreciating just how groundbreaking it really was, since so many other bands have tread over the same ground.

Fresh Cream is really two halves in one: paisley and blues. The psychedelic rock songs represent the better half in my book: “I Feel Free,” “N.S.U.,” “Dreaming.” They showcase the songwriting of Jack Bruce, who would have been the center of attention in any other band, but somehow manages to get upstaged here by Eric Clapton and Ginger Baker. Clapton is occasionally brilliant, and singlehandedly rescues “Sleepy Time Time” from being a snooze. Baker is the best drummer this side of the Moon and helped pave the way for countless rock drums solos (for better or worse) with the lithe and lumpy “Toad.”

The blues half is less impressive, if only because it added little to what Bruce and Clapton had already accomplished with John Mayall. “Spoonful” is a great song, and a paisley remake of “I’m So Glad” is pretty good too. Disraeli Gears was a quantum leap forward, but step back into Fresh Cream and you’ll hear the beginning of something big. [NOTE: This album has been re-released over the years as Full Cream and just plain Cream with an additional song or two.]