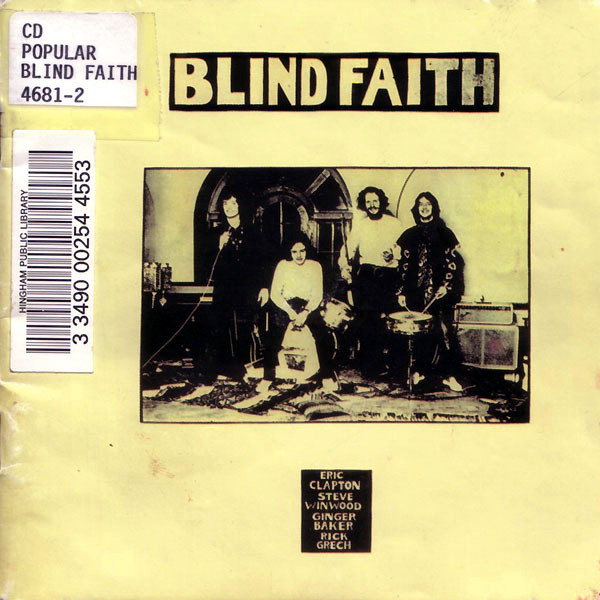 A supergroup for the ages, featuring the principal members of Cream and Traffic. Plus the bass player from Family.

For years, I saw this album as something of a disappointment. It sounded like Led Zeppelin with a timid folk singer. In truth, Blind Faith sounds a lot like Cream and Traffic, with one caveat: if these songs had been recorded by Cream or Traffic (in its Barleycorn incarnation), they would have sounded better.

I like this album but have always felt it was an overrated asterisk. The opening “Had To Cry Today” lays it on the line; Steve Winwood wrote it, but Jack Bruce should be singing it. Conversely, “Can’t Find My Way Home” would have worked better on Barleycorn with Chris Wood (though Baker does an admirable job of playing the drums on a song that doesn’t require them).

The main pleasure I get from this record is hearing Eric Clapton and Steve Winwood play on music that matters. “Presence of the Lord,” “Sea of Joy,” “Had To Cry Today” and “Can’t Find My Way Home” belong with the best songs of Winwood and Clapton. Of course, Clapton fans will find as much (or more) to get excited about in Derek & The Dominos.

Blind Faith has been reissued about a billion times, usually with the controversial model cover, honored with a Mobile Fidelity remaster, expanded with a couple of post-session recordings (“Exchange and Mart,” “Spending All My Days”) and given a double-disc Deluxe Edition treatment that includes an electric version of “Can’t Find My Way Home,” two versions of Sam Myers’ “Sleeping In The Ground” and a bunch of instrumental jams (most of them recorded before Grech joined) that aren’t likely to increase your faith one iota. Given the dearth of classic Cream and Traffic recordings, you can’t turn a blind eye to Blind Faith, but I’d leave the Deluxe Edition to the deluded and settle on one of the single-disc remasters.