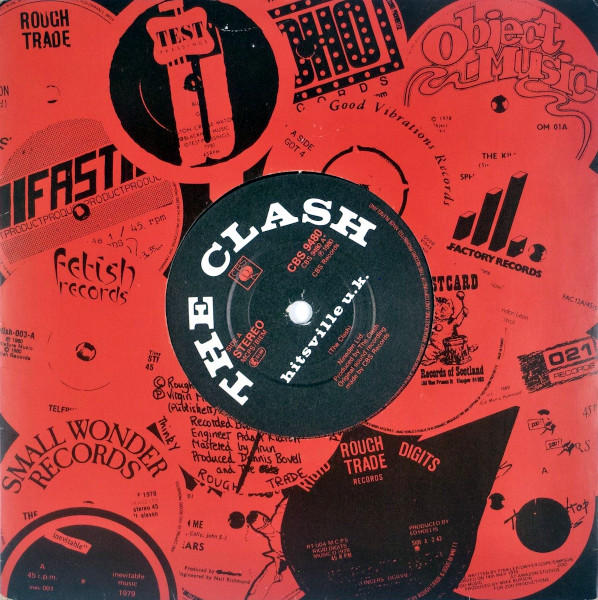 Mick and his girl go soft for Northern soul on the second single from Sandinista!.

Kronomyth 4.1: A mikey and boom in your living room.

This single took me down a rabbit hole about Northern Soul, or Motown for English Mods. Hitsville U.K. is an obvious reference to “Hitsville U.S.A.,” as Detroit (the home of Motown music) was known. Featuring Mick Jones and Ellen Foley (the Jones’ girlfriend) on vocals, it’s a nostalgic song with the kind of sleepy melody that grows on you over time. It didn’t exactly take the English charts by storm, but Sandinista! was an eclectic and difficult work by design.

The flip side is Radio One, credited to Clash collaborator and tourmate, Mikey Dread. It’s a clever reggae/dub song that re-creates a radio broadcast complete with playful treatments of the news and the weather. I’m not sure what hand The Clash had in it, if any, and I don’t recall seeing it anywhere else, so it’s a nice collectible to have.