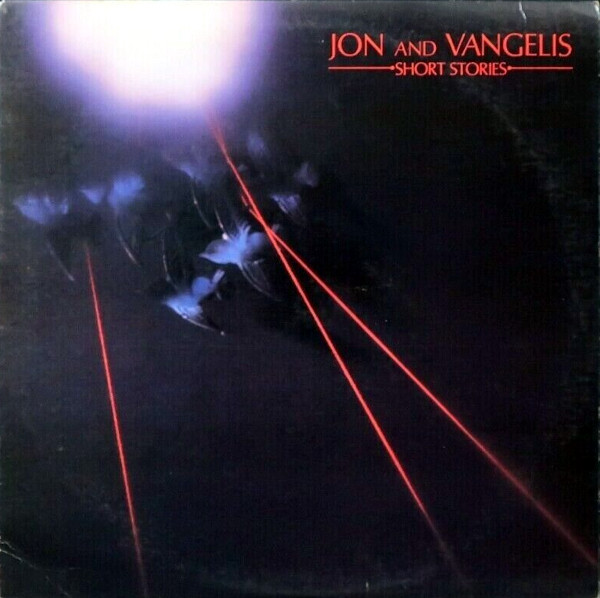 Yes should have saved their tomatoes for this album.

As every Yes fan knows, Vangelis was considered to replace Rick Wakeman in the band; a role that eventually went to Patrick Moraz. The only fruit from that potential partnership, to date, had been Jon Anderson’s appearance on Heaven and Hell for the song, “So Long Ago, So Clear.” While that song didn’t answer the question of what Vangelis might have sounded like in Yes, it did create an appetite for future collaborations. So, when Jon and Vangelis released a full-length album of new songs together, there was a reasonable expectation that it might sound like their previous collaboration from not so long ago. And it does… for five whole minutes called I Hear You Now. The rest of the record is almost laughably bad.

I know, you’re already looking for the comment box so you can tell me how only an insensate donkey couldn’t see the beauty of Short Stories. (Maybe, to your credit, you wouldn’t use a pretentious word like insensate, but the sentiment would be the same.) And I can only congratulate you for succeeding where I’ve failed. You see, I didn’t just want to like Short Stories, I wanted to love it. Jon Anderson and Vangelis are two of my favorite artists. Olias of Sunhillow was brilliant. Same with the recent Vangelis records. (Okay, maybe not Beaubourg.) But this album sells the pair’s potential short with improvised pieces that only (and almost cruelly) offer tantalizing glimpses of what might have been.

The album gets off to a promising start on Curious Electric with an invigorating soundscape from Vangelis that audibly goes off the tracks the moment Anderson starts talking/singing. Detractors who feel Anderson’s lyrics lack structure and meaning are likely to have a field day here. Each and Everyday / Bird Song isn’t much better save for a moment at the end where Vangelis rocks out. Honesty, the last five seconds of these songs are often more interesting than the first five minutes. That would describe The Road and Thunder as well.

“I Hear You Now” is the only song that really feels like it was worked out beforehand. It’s the best thing they’ve done together so far and you wonder if they wouldn’t have been better off releasing just a single and leaving the rest of the experiment in the sound labs. That song plus Love Is / One More Time would have made for a merciful Cliff Notes version of Short Stories. Of the remaining songs, Far Away in Baagad has some interesting moments, at one point even sounding like Radiohead, and A Play Within a Play teases the idea of Vangelis playing rock music.

Like I said before, I really wanted to like this album. Maybe I expected too much or, more likely, I expected Jon and Vangelis to walk down the same familiar road together rather than go off into the woods in search of new adventure. If you’re approaching this from the perspective of Yes and Vangelis, you’re likely to be disappointed. From any perspective, really, unless it’s one of those awful albums by Bill Bruford and Patrick Moraz.

Composed by Jon Anderson and Vangelis. Arranged by Vangelis.