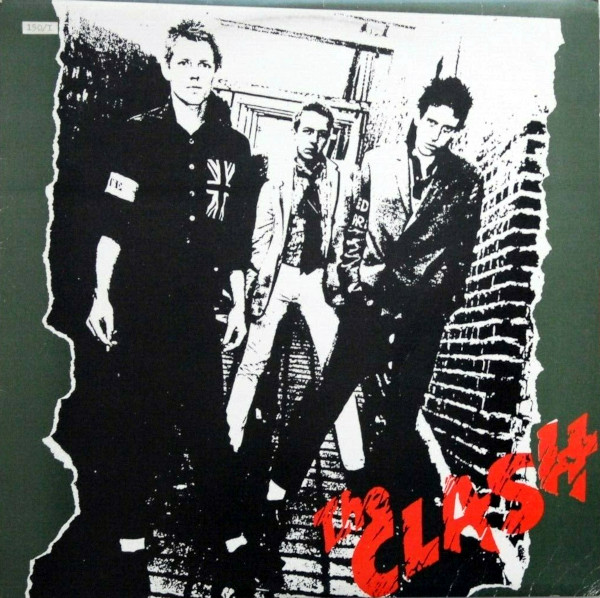 Kronomyth 1.0: The battle hymns of the new republic.

The death of progressive rock came with a kiss and a promise. The debut albums by The Clash, The Sex Pistols, The Damned and The Stranglers were kissed by the rock & roll gods as surely and deeply as Tommy or In The Court of the Crimson King. The promise was that the spirit of rock & roll would continue to burn in the heart of the new revolution.

I couldn’t tell you what it was like to hear The Beatles’ “I Want To Hold Your Hand” or The Who’s “My Generation” for the first time, but I can tell you what it felt like to hear “Janie Jones.” It felt like a rush of freedom that finally gave a voice to every inarticulate desire of the heart. Honestly, I didn’t get that with The Sex Pistols. They were fascinating to watch, but plainly unsustainable. The Clash, however, had a plan. They didn’t throw out the rock & roll rulebook in favor of anarchy. No, they rewrote the rules and made them better.

You can’t write rock & roll without a hook. The Clash baited their hooks with barbs against the government and the status quo. Joe Strummer’s voice was punk personified: snotty, disinterested, unrepentantly sloppy. Behind him, Mick Jones provided some of the sweetest harmonies you’d ever heard. They were a post-apocalypse Phil & Don gone feral in the wastelands of Mad Max, but somehow every song worked out beautifully. The Clash made it look like dumb luck, but it was as artful as anything The Who had ever done.

“Janie Jones” is a great set up. Get stoned, get it on with your girl and tell your boss to get stuffed. The Clash knew their audience. “Remote Control” continues the assault against the powers that be, “I’m So Bored With The U.S.A.” sets its sights on the world’s superpower, and “White Riot” lays out their intent for all to see. They weren’t just talking about a revolution, they were inciting one.

The rest of the record pretty much plays the same cards with different faces. “London’s Burning” provided the punk movement with its very own anthem. “Career Opportunities” continues the “take this job and shove it” theme, while the band provides something of a blueprint for The Buzzcocks on “What’s My Name” and “Protex Blue” (one of several tracks where Mick takes the lead on vocals). Lest you think the band is all about two-minute sloganeering, they include a couple of big ideas at the end. “Police And Thieves” is a six-minute adventure in reggae punk, a mashup that the group would revisit often over their career. “Garageland” is a great closing statement of purpose that assures us The Clash won’t be ruined by success.

As the punk revolution spread east, Americans remained in their polyester complacency listening to disco music. On the day that The Clash hit the London streets, Abba’s “Dancing Queen” was the #1 song in America. The Clash’s first record finally washed up on American shores two years later, by which time it had been altered to include the non-album singles that followed in between their first and second records. That was the version I first heard. For some strange reason, I can’t recall seeing a release that reconciled the two. In either incarnation, the effect is amazing. London Calling is generally regarded as their greatest work, but The Clash is the more important album. In fact, I would offer that it’s one of the most historically and musically significant albums in the twentieth century.

All songs written by Joe Strummer and Mick Jones unless noted.

All songs written by Joe Strummer and Mick Jones unless noted.

Bonus 7-inch single with US issue
A1. Gates of the West
B1. Groovy Times

Front photograph by Kate Simon. Back photography by Rocco Macauley.