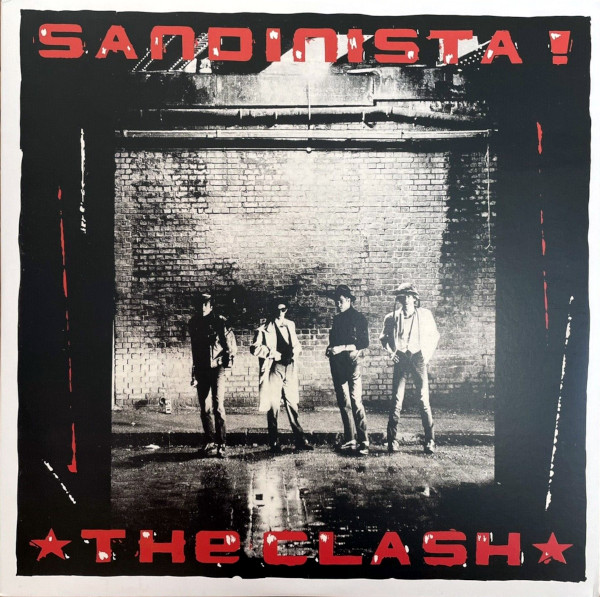 A sprawling three-album set that achieves self destruction through self production.

Kronomyth 4.0: Give them enough rope…

If you distilled the best songs on Sandinista! down to a single album, it would still be The Clash’s worst album. (I don’t consider Cut the Crap a Clash album.) Listening to London Calling was a joy. Slogging through Sandinista! is a chore. The album’s schizophrenic approach—mixing dub, punk, reggae, rock, disco, funky, pop, politics and jazz with wild studio experimentation—makes it impossible to digest in a single sitting. Those who felt robbed after buying this specially priced triple elpee probably should have paid more attention to the advance single from these sessions, “Bankrobber.” It’s not for nothing that the album this most reminds me of is the soundtrack to The Great Rock ‘n’ Roll Swindle.

That’s my two cents, anyway. Others have found in Sandinista! a brilliant panoply of styles that, collectively, adds up to some big political and musical statement. To me, it just feels like a big eff-you to the record companies. In fact, the most “punk” thing about the album is its complete rejection of what a punk band was expected to do: play loud, fast songs. I appreciate that, just like I can appreciate what Lou Reed was doing with Metal Machine Music, but both albums played me more than I played them.

There is no doubt that The Magnificent Seven is a brilliant song. It may be the most exciting thing The Clash has done so far, mixing punk, dub and rap in a way that makes plain Joe Strummer was off his rocker. The Leader, Something About England, Rebel Waltz, Lightning Strikes, The Call Up and a killer cover of The Equals’ Police on My Back are also highlights. There’s your magnificent seven. The remaining 23 tracks make Black Market Clash sound like a bonanza of hits.

The trouble with Sandinista! isn’t just the trading in of protex blue for protean red. Strummer’s revolutionary sloganeering needs revolutionary music for context. But what was he rebelling against with these arrangements? Calypso music? And bringing in saxophones, pianos and violins for reinforcement is fine if you’re Ian Fury and the Blockheads, but The Clash never needed more than two guitars, bass and drums to take over the world.

I’ve pored over this triple-elpee set dozens of times looking for diamonds in the rough. And, sometimes, I’ve caught a glimmer of genius in The Crooked Beat, Hitsville U.K., One More Time and a few others. But I can’t shake the feeling that I’m listening to kids run wild in the candy store, layering synthesizers on top of saxophones on top of a seven-layer wedding cake of punk, rock, reggae and whatever else popped into their heads. Could it be that the honeymoon was over for The Clash? Not so fast, says the sweet come-back-to-me of Combat Rock.

Songs written by The Clash unless noted.