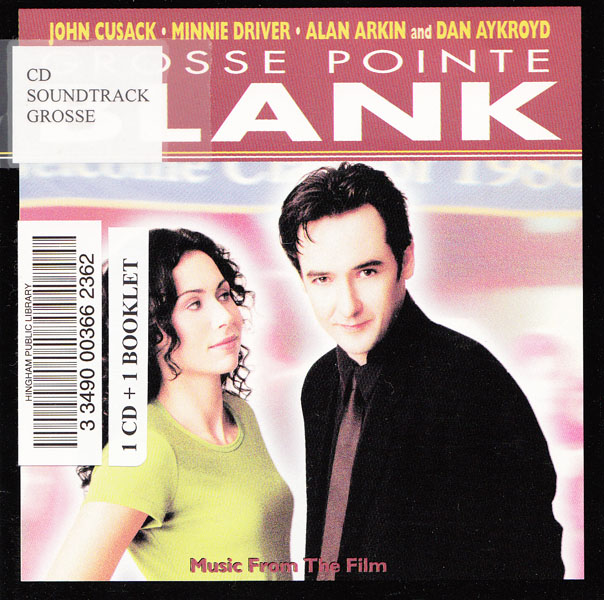 John Cusack is the hitman, ska, reggae and punk bands from the 80s are the hitmakers for this soundtrack.

Kronomyth 9.2: Number thirty-one with a bullet.

If the movie was half as good as the soundtrack, then I probably would have seen the movie. I read on the Tweenternet (sorry, I’m just making up words now) that Joe Strummer picked the songs for the film. I can’t confirm that, and John Cusack’s tastes probably run pretty similar, but I do know that Strummer wrote a new song for the film, “War Cry.” Which doesn’t appear on the soundtrack. Ouch.

What does make it here is pretty special: a couple of Clash tracks; ska/reggae songs from The Specials, The English Beat, Johnny Nash and (sort of) The Jam; a great remix of Pete Townshend’s “Let My Love Open The Door;” the best song the Violent Femmes ever wrote (and later remixed for this film); the best song that Queen and David Bowie wrote together; GnR’s version of “Live & Let Die;” Faith No More’s hilarious “We Care A Lot;” and a neat track from Argentina’s Los Fabulosos Cadillacs. And there are plenty of great songs from the movie that never made it on here. Sometimes it seems that Cusack doesn’t make films so much as 90-minute music samplers.

If you like 80s music and are contemplating buying some Best of the 80s compilation that has “Whip It” on it, lump it and buy this instead. You won’t find a better, more pleasantly eclectic dozen than are doled out here. But you can get these songs on the artists’ original albums without getting John Cusack’s smug fingerprints all over them. And really, at the end of the day, wouldn’t you rather own a disc that shows Paul Simonon smashing his guitar than John Cusack smirking in a skinny tie? Annoy wood.