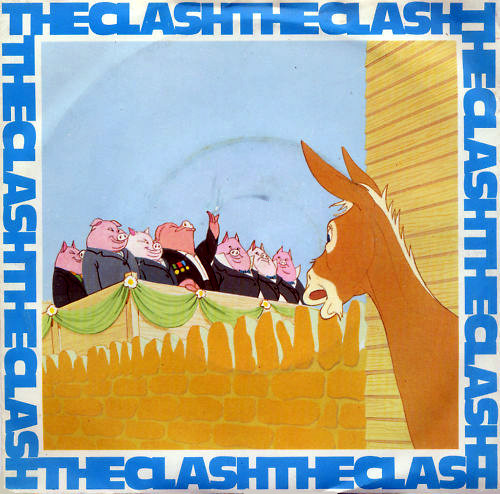 Hey, Paul McCartney had a hit with “Mary Had A Little Lamb,” so why not this?

The Clash were capable of so much more than this. Yet someone at CBS decided that English Civil War and “Tommy Gun” would make great singles. I hope that person was demoted to doing promotions for Barbra Streisand’s Wet album. Pressure Drop, a nonalbum track that eventually turned up on Black Market Clash, is the better track if only because they were starting with better material. I prefer the original version by Toots and the Maytals, but there’s a measure of fun in hearing Joe Strummer’s taunting rendition. The Specials did a neat version of this song too where you can actually understand the lyrics.