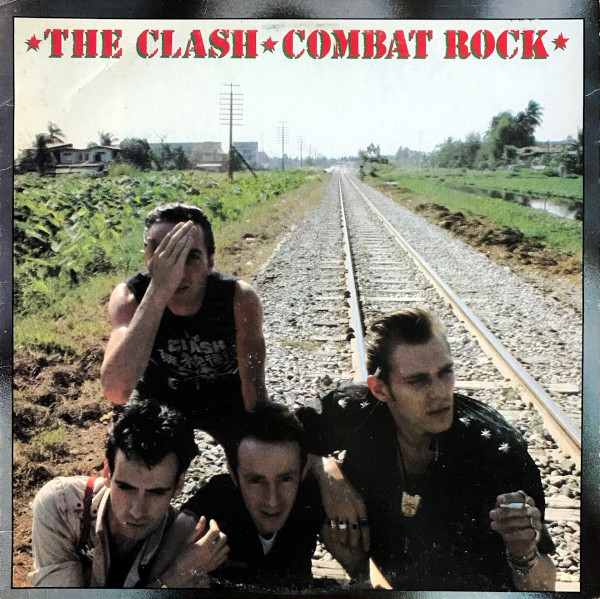 The band’s most sophisticated studio album to date, which is the best and worst thing about it.

Kronomyth 5.0: The clash of the tightened up.

This is the story of the kids who got swallowed by the candy store and the technicolor trip they went out on. The Clash were on a collision course with their own ambitions from the beginning, and Combat Rock is the record of the final impact. Licorice, caramel, taffy, nuts and nougat, cotton candy everywhere. Some of it sticks (Know Your Rights, Rock the Casbah), some of it doesn’t (Inoculated City, Sean Flynn). When the curtain finally falls (Death Is A Star), there’s no applause, just open mouths.

It wasn’t supposed to end like this. The Clash were supposed to be the standard-bearers of punk. Instead, they mutated like a virus, absorbing everything they touched: reggae, rock, music hall, dub, urban poetry. Combat Rock isn’t a punk record, it’s mutant rock. Brilliant sometimes (Ghetto Defendant, Car Jamming) but baffling too. Between the grooves reads the wreck of The Clash: Mick Jones sailing into deep and dangerous waters, Joe Strummer and Paul Simonon looking for their lost isle of London, Topper Headon drowning in a drug addiction. It’s a wonderful train wreck, undeniably inspired, but by what?

Combat Rock doesn’t simply defy expectations, it death-defies them. Like Led Zeppelin’s In Through The Out Door or Talking Heads’ Naked, this is the work of the living dead. When it first came out, I was convinced Combat Rock was the best thing The Clash had ever released. But it all unravels in the end. Even the most experimental moments from London Calling won’t prepare you for “Ghetto Defendant” or “Sean Flynn.” (Of course, after Sandinista!, you were prepared for anything.)

Combat Rock is must-hear music because The Clash was a must-hear band, but you mustn’t hear it as an album by a revolutionary punk band. That battle was over and The Clash won it if you didn’t already know. They were on a different front this time, fighting against normalcy and complacency and atrophy. Combat Rock is a real victory in that sense, though not everyone will be ready for this most radical and final phase of the revolution.

All songs written by The Clash.