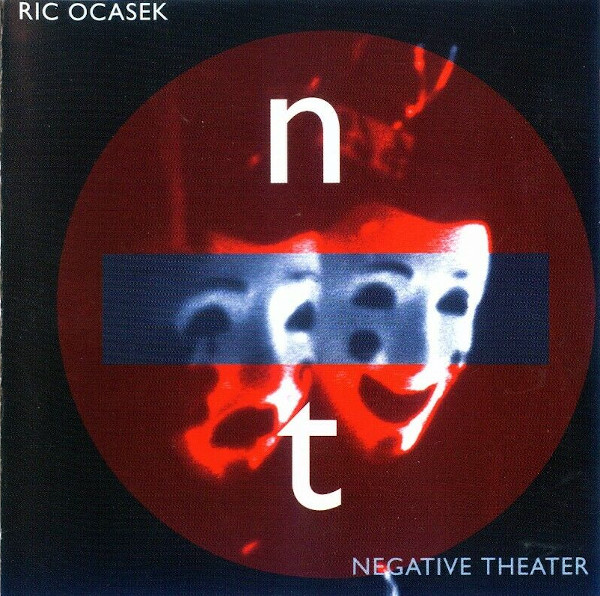 At this stage, Reprise had to be wondering what they’d signed on for. Ric Ocasek’s last record, Fireball Zone, got an uncharacteristically cold reception. Ocasek then went into “difficult artist” mode by recording an album of unexpectedly experimental songs, at least by his usual (and, until now, predictable) standards. The label had a negative reaction to this new side of the artist and promptly had him rewrite half an album that sounded more like The Cars, repackaging the resulting hybrid as Quick Change World.

Negative Theater is the album Ocasek wanted you to hear. It’s the most exciting thing he’s done in, well, it’s probably the most exciting thing he’s done. Letting the creative process flow through him, the songs take on a form of their own. There are dreamy numbers that feel detached from reality, edgy numbers that recall the contemporary work of Iggy Pop, slick examples of smart synthetic funk and poems set to music. After years of trying to sound like The Cars, Negative Theater is the sound of Ocasek not sounding like them.

The opening three tracks follow the same sequencing as Quick Change World. You have the haunted opener, I Still Believe, the crunching and frightening Come Alive (when was the last time that a Ric Ocasek song sounded threatening?) and the coolly detached funk of Quick Change World. Ride with Duce is one of the few songs here that doesn’t excite the senses (Take Me Silver is another). What’s on TV is poetry with a musical background (shades of Iggy Pop’s Zombie Birdhouse). Shake a Little Nervous is a cool song unique to this album, while Hopped Up had been wisely picked out for QCW.

Reprise didn’t dig as deeply into the second half of Negative Theater for the “left side” of QCW. The short Telephone Again was left off as well as a nine-minute ride with Alan Vega on Race to Nowhere. Vega is typically amazing, and his rant at the end sounds like the last stand of a cornered man. It provides an interesting segue into Ocasek’s own disillusionment with America, Help Me Find America. The last four songs are unique to the album and well worth hearing. Who Do I Pay, Wait for Fate, What Is Time and Fade Away each sound slightly different from what Ocasek has done before. You get the sense, listening to this record, that Ocasek let the songs become what they wanted to be. I suppose it’s the distinction between creating something and making something.

Now for the bad news. Acquiring a copy of Negative Theater will cost you. A lot. It had limited distribution in Europe and they didn’t make a lot of copies, although good souls have mercifully posted this material on that universal bane to copyright lawyers (and artists with the audacity to wish to profit from their own labors) everywhere, YouTube. Personally, I think Reprise should re-distribute this in the US, maybe as part of a posthumous re-examination of Ric Ocasek’s music.