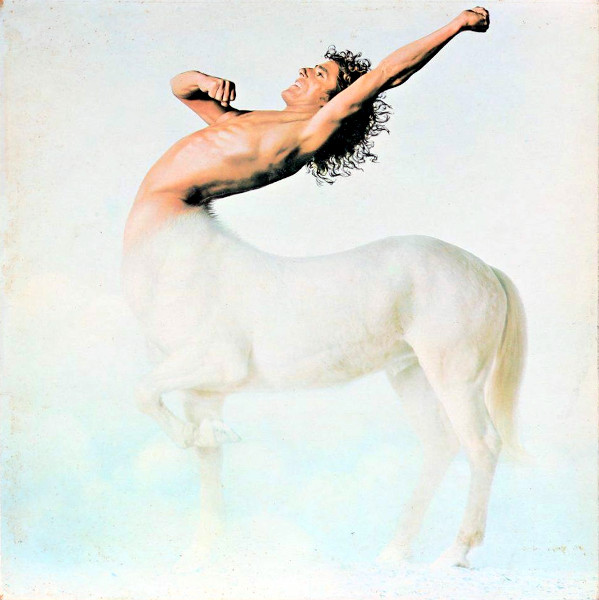 Better material and Russ Ballard (ex-Argent) give this the inside track advantage over his first album.

Kronomyth 2.0: The centaur of attention.

Roger Daltrey was having a moment. Star of the silver screen in not one but two films: Tommy and Lisztomania. Star in the continuing story of The Who, chapter eleven (The Who By Numbers). And star of his own stage with his second solo album, Ride A Rock Horse. See me, indeed.

On Daltrey’s second, he swaps out the songwriting team of Leo Sayer and David Courtney for Russ Ballard (Argent), Paul Korda and others. Ballard serves as Daltrey’s primary musical collaborator/director, playing guitar and keyboards and producing the album, with session players Dave Wintour, Henry Spinetti and Stuart Francis (Forever More, Glencoe) in supporting roles. The band gives the material some much-needed oomph, placing it somewhere between Elton John (c. Rock of the Westies) and Ronnie Lane on the imaginary rock-o-meter.

“This album is more the way I sing. When I did the first album, everyone said, ‘Oh, Daltrey’s gone soft.’ But that was just one side of me that got overshadowed in The Who. This one has more balls on it.” – Roger Daltrey, as quoted in Rolling Stone.

The heaviest material on the album comes from Ballard, who favors a soulful R&B sound. Come and Get Your Love even sounds like an old R&B standard. Proud features a gritty performance from Daltrey, while Near to Surrender has a trace of gospel in it. Toss in the oldie Walking the Dog (a song that Aerosmith basically made their bitch on their debut album), and you’ve got half an album of, if not maximum, then at least medium R&B.

The three songs from Paul Korda land closer to Elton John’s tuneful pop/rock, especially the catchy Heart-s Right and World Over. Feeling features a neat bridge that reminds me of something Pete Townshend might write. The remaining tracks come from professional songwriters. Philip Goodhand-Tait’s Oceans Away gives Daltrey a big ballad to sing. The Who singer breaks out his Cockney accent to poke some holes in his own star on Milk Train, which would have been a nice vehicle for Ronnie Lane. The album closes with a song perfectly tailored to Daltrey’s role but poorly tailored to a rock album, I Was Born to Sing Your Song.

Ride A Rock Horse isn’t a great record. I’m not even sure it’s a good one. Daltrey’s disillusionment with The Who in the mid-Seventies found him distancing himself from that band’s heavy sound, focusing on his film career and more or less singing whatever music was put in front of him. Like Frank Sinatra, the man could sing the words on the back of an aspirin bottle and sound good. All in all, not a bad ride, and at least Daltrey didn’t make an ass of himself (Moonie, I’m looking at you).