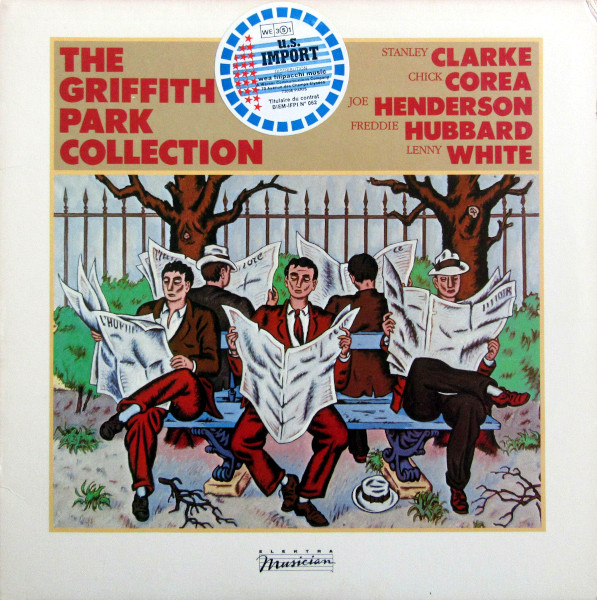 Return to Forever and a return to the past, as Lenny White and famous friends revisit the classic sound of Blue Note.

In one sense, it took only a few days for Lenny White and his all-star band to create the music of The Griffith Park Collection and Echoes of an Era. In another sense, it took a lifetime. The group assembled here represent a lifetime of connections for White; he played in the bands of Joe Henderson and Freddie Hubbard, and his association with Chick Corea and Stanley Clarke in Return to Forever is the stuff of legend.

The impetus for these albums was a desire to return to the sound of the classic Blue Note recordings with a modern quintet. Henderson and Hubbard were old enough to each have a few of those recordings to their credit. (Corea had recorded several albums on Blue Note as well, but they were a far hop from bop.) Herbie Hancock had recently revived interest in hard bop music with his V.S.O.P. Quintet (basically the Miles Davis Quintet with Hubbard replacing Miles), and it’s likely that White had that group’s success in mind when he assembled the band.

The Griffith Park Collection features originals from the band members that are unique to this session, plus a new take on Hubbard’s Happy Times and a cover of Steve Swallow’s Remember. The opening and closing tunes come from White: L’s Bop is a swinging number with a nice solo from Henderson, Guernica (named for the famed Picasso painting) is a moody, post-modern piece with a distinctively Spanish feel. Sandwiched in between is a blues-based song from Clarke, Why Wait, and some tender, tearful trio music from Corea, October Ballade, in which the horns stay at home. For my money, “Happy Times” is the album’s highlight. Swallow’s “Remember” is also a nice add; suggested by Corea, the pianist lingers over the notes lovingly while Clarke steps to the fore. Most of these songs were given a longer treatment on the subsequent live double elpee, The Griffith Park Collection 2: In Concert.

I bought this album as a youngster, flush with the riches of Return to Forever and, well, it bored me to tears. It would take me years to develop a taste for hard bop music. These days, it’s hard not to appreciate this music just for the talent in attendance. While I’d fall short of calling it timeless music, as White suggests in his liner notes, The Griffith Park Collection is certainly time well spent. For forty minutes, the blue notes of the past are revived, the breath blown into them by a quintet of coincidence or maybe fate. One note of warning: I don’t recall any of the Elektra Musician records sounding anything but dry, so you may want to pick up one of the later CD re-issues if you’re intent on sitting in this Park for a spell.