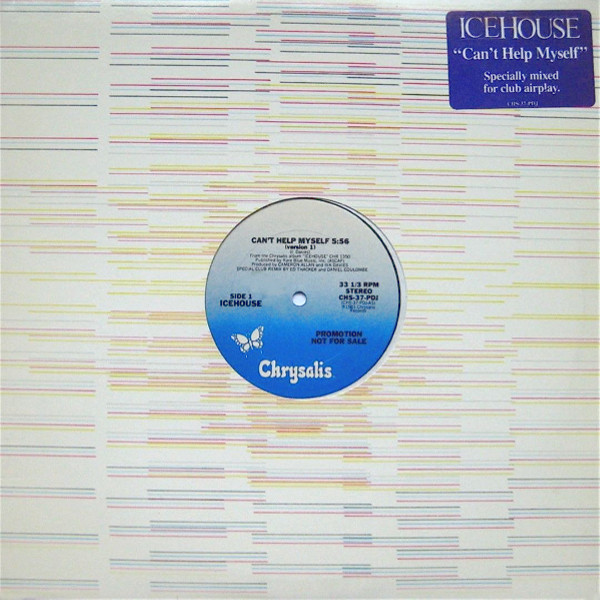 In the beginning, new wave groups tended to fall into the guitar (The Cars) or synthesizer (Depeche Mode) camps, with few striking an effective balance between the two. Icehouse was a notable exception. “Can’t Help Myself” first introduces the guitar, then adds synthesizers (with Ultravoxian undertones) to give the song both dark and light features. It’s one of the bounciest bits on their self-titled debut, yet executed with a mathematical precision. The song was also re-mixed (in two nearly identical versions) for clubs, and at six minutes manages not to overstay its welcome. The flip side, “Fatman,” is one of the less interesting songs from their debut. Nothing else to write, he wrote, as he spackled another crack in his monument to futility…