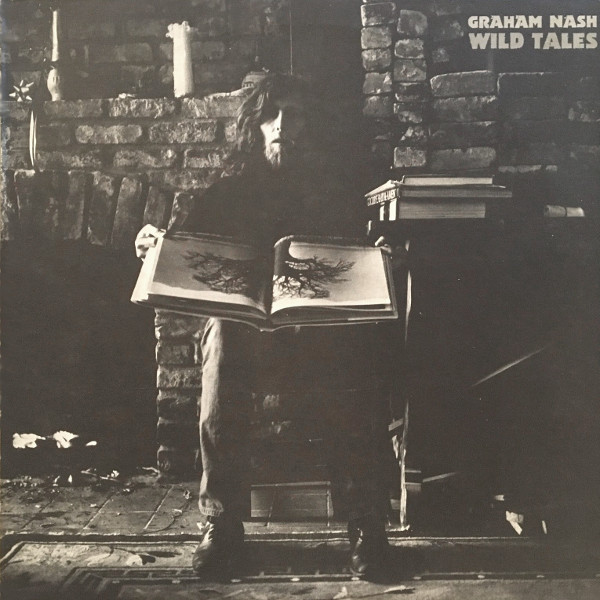 Fans didn’t go wild over this one, and it became the first Nash album not to go gold.

Graham’s second solo album isn’t as charming as his first (Songs For Beginners), nor as strong as his collaboration with David Crosby, Graham Nash/David Crosby. It is, in fact, the first time that Nash showed himself capable of making a merely mortal record. Now, you can take this as a warning sign to avoid Wild Tales, or as a simple caution before entering, finding the invitation to enter the imagination of Graham Nash irresistible.

In my opinion, his previous two albums purchase the faith to ignore critics and discover Wild Tales for yourself. What you’ll find are darker musings flecked with pedal steel and a few charmers that feel like holdovers from his first, including “Hey You” and the wonderful “On The Line.” Nash seems more troubled this time, even a little angrier, as though the music of Neil Young (featured on “And So It Goes” under the pseudonym of Joe Yankee) had quietly bled into the pages. (Ben Keith and Tim Drummond had both figured prominently on Harvest.)

Where Beginners opened with a nightmare wrapped in a daydream (“Military Madness”), seemingly above the fray of politics and pain, “Wild Tales” quickly gets into the mud and wrestles with rebellion and loss like a Stephen Stills song. “Prison Song,” oddly chosen for the single, is more effective because it has a gentler touch; an angry song from Nash about a prison system that hurts the poor wouldn’t resonate as much as a mandolin-laced ballad about it. From this point onward, a growing sense of frustration and bitterness would inform the music of Graham Nash. Maybe it had always been there under the surface, but there was something calm and wistful about songs like “Southbound Train” and “Military Madness” that was missing on “Wild Tales” and “Mama Lion.”

Wild Tales generally has a harsher tone than his previous efforts. Nash’s voice strains to compete with electric guitars on “Grave Concern” (which is otherwise a clever song), faring better on the acoustic songs (“Oh! Camil,” “I Miss You”). These tales are ultimately a mixed bag, underdone in some cases (e.g., “Another Sleep Song”), hurried in others, yet still important as his last solo statement from the 70s.

All songs written by Graham Nash.