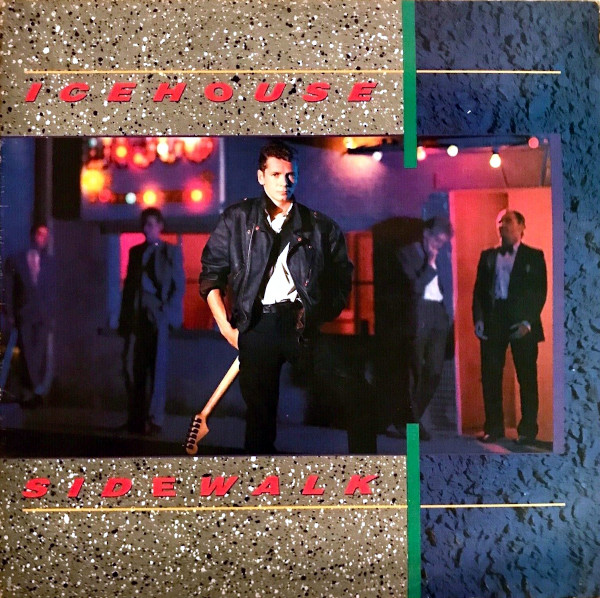 A rare misstep after two brilliant albums that sounds like a poor imitation of Roxy Music and Gary Numan.

Kronomyth 3.0: The episode where Icehouse takes the low road and gets lost.

In the spirit of Rowdy Roddy Piper, I came here to kick ass and chew synth bubblegum for breakfast. At least, that’s what I thought would happen when I queued up Sidewalk on a quiet morning. I’ve never liked this album; it was a bitter disappointment after the promising Primitive Man, relegating Icehouse to the ranks of overwrought also-rans (those whom the breakfast club brats were so in love with for, like, a second). Sidewalk erased any trace of mystery from Icehouse, making plain that the band’s artistic sensibilities were only skin deep.

At least, that’s what I remember from listening to this more than a dozen times in the ‘80s. Today, the sting is softened (the future of music no longer depends on the future of Icehouse), and I can appreciate the album for what it is, rather than what it isn’t. Granted, there’s no getting around the fact that “Taking The Town” is a disquieting change of costume since Primitive Man, Iva Davies emulating a gross caricature of the Bowie/Numan school that stoops far too low to win our affections. Then, as if it never happened, Davies shifts quickly into Bryan Ferry’s warm milieu for “This Time.” The result is catastrophic, outing Davies as an impostor who uses past idols to sell his own idle wares.

I don’t believe that was the band’s intent, but track placement is awfully important, and Sidewalk shows awful judgment in this regard. Slowly, the album builds a case for itself by returning to the wistful grounds of Primitive Man, a style that might be reckoned as Icehouse’s own. “Someone Like You,” “Stay Close Tonight,” “Don’t Believe Anymore” and “Dusty Pages” are the audible offspring of Primitive Man, and it’s here that some sense of appreciation for the album is fostered. The album closes with a pair of tracks from Davies’ score to the film Razorback, “Shot Down” and “The Mountain,” both recorded in 1983 and featuring thicker percussion than the preceding material.

There’s no denying that Sidewalk is a colder, more processed record than I wished it to be, with thin sound that lacks the rich presence of Primitive Man and a vocal vision that lacks conviction. Yet Icehouse’s appeal remains sealed in the middle, suggesting the old magic was misdirected but not irretrievably lost. It’s their least interesting avenue from the ‘80s, but not a place where fans should fear to tread.

All songs written by Iva Davies.