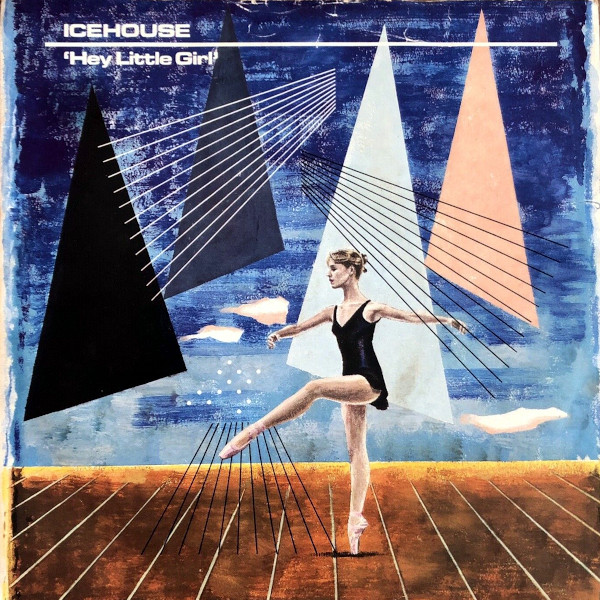 This single from Primitive Man sounded like the second coming of Roxy Music.

Kronomyth 2.3: My only other love.

It’s rare that I listen to Icehouse without thinking about what a criminally underrated talent Iva Davies was/is. That he was able to reproduce the sound of Roxy Music, Japan and David Bowie on his own with Primitive Man remains one of the great musical accomplishments of the 80s, in my opinion. Hey Little Girl may be the best song on the album, somehow managing to beat Bryan Ferry (“My Only Love”) at his own game. Unfortunately, the song gained little traction in the U.S., despite a suitably cinematic (for the times) music video featuring romantic shadows, ballerinas and a loose story that takes two fated lovers from youth to death (or something like that). The single version of “Hey Little Girl” is about 30 seconds shorter than the album version.

In Australia, the single was complemented with an extended dance mix of Glam that takes what is arguably the least interesting song on Primitive Man and makes it twice as boring. An extended disco remix of “Hey Little Girl” and an instrumental dub version fare only slightly better. I never cared for remixes myself, although these versions do highlight how good the original album mix was. In the UK and US, the funktastic Mysterious Thing was featured on the flipside of the 7-inch single.

Design and painting by David Storey.