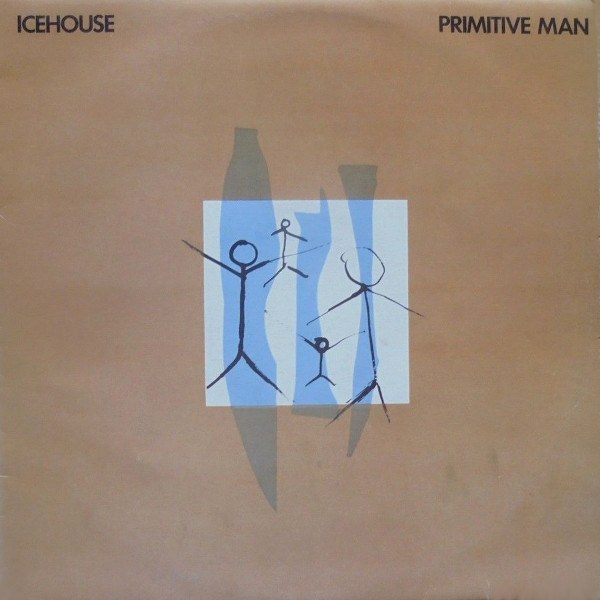 The band’s second album invited favorable comparisons to Roxy Music, for everyone who wanted to Avalon and on.

It was hailed as the second coming of Avalon. With Japan (the band) winding down, there were few heroes to carry the fallen standard of Roxy Music, and Primitive Man looked to be the future. Forget for the moment that Icehouse the band didn’t even exist anymore. Iva Davies conceived and performed Primitive Man as a solo album; as DIY albums go, it’s to die for. The arrangements are lush and sophisticated, the album painstakingly produced.

Looking (slightly) back, the single “Love In Motion” b/w “Goodnight, Mr. Matthews” was a sign of great things to come. Videos—horribly dated 80s videos, really—were created to accompany “Great Southern Land,” “Hey Little Girl” and “Street Café,” and interest in Icehouse heated up among the MTV generation. Davies clearly had his David Bowie and Bryan Ferry affectations down pat, moreso than most of the New Romantics, yet he was no mere imitator, but the genuine article. Davies doesn’t make a single misstep on Primitive Man; even the Gary Glitteresque “Glam” feels substantial and important.

Despite its obvious debt to Roxy Music, Primitive Man differs in its presentation. Science fiction is still a key part of Icehouse’s landscape, allusions to broad social issues crop up through epic imagery on “Great Southern Land” and “Trojan Blue,” and even the romantic overtures remain chilled and reserved. In a sense, Primitive Man is the missing link between the robot squad (Gary Numan, Ultravox) and the new romantics. The album was not only one of the best of the year, but the best of Icehouse’s career. Sidewalk fell flat on its face, and it was four years before Davies released a suitable followup to Primitive Man with Measure For Measure. Time, however, has not diminished the achievement of Primitive Man or dulled the wonder of discovering it for the first time.

All titles by Iva Davies.