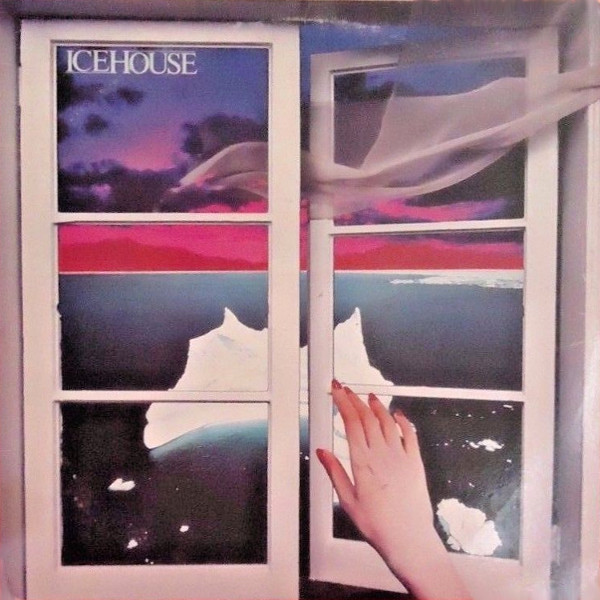 The band’s international debut capitalized on a great collection of songs and a stylish new wave sound reminiscent of Ultravox/Visage and Japan.

Kronomyth 1.5: Thy fingers make early flowers of all things.

I was fifteen when this album was released in the US and mad about new wave music: Ultravox/Visage, Duran Duran, The Cars, Split Enz, Japan, Gary Numan. So when I heard Icehouse, they quickly moved to the top of my list as the best parts of The Cars and Ultravox combined, with the obvious nods to David Bowie that such a pairing would suggest. Iva Davies’ vocals were passionate and robotic at once, patterned I suppose after Midge Ure, and the arrangements were both epic and understated.

A lot of the early new wave music was a study in contrasts, as romantic notions were filtered through an increasingly sterile and mechanized world. What separated Icehouse from the early also-rans (e.g., Classix Nouveaux) was an uncanny ear for tight, melodic hooks. “Can’t Help Myself,” “Sister” and “We Can Get Together” have nearly as much crossover appeal as The Cars and, frankly, more than Ultravox. The album’s standout track, however, is “Icehouse,” a gothic classic on the scale of “Vienna.” It manages to perfectly capture the mix of loss and discovery that marked the best of the new wave movement.

If the songs on Icehouse sound remarkably assured for a debut, that’s because this isn’t really their first album, but the second version of their first album, originally recorded in 1980 when the band was called Flowers. Through a good bit of fortune, there was already another band called The Flowers, so the group changed their name to Icehouse and opted to re-record and re-mix their first record for international release. While Icehouse never did emerge from the second tier of stars in the new wave constellation, Icehouse and their next, Primitive Man, remain classics in the canon.

All songs written by Iva Davies unless noted.