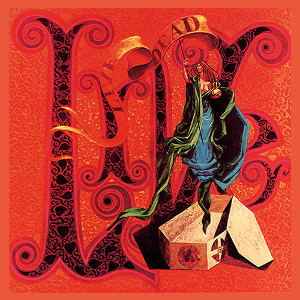 The band was a hundred kay in the hole after the ambitious Aoxomoxoa and, figuring better Dead than in the red, stayed out of the studio for their next release, Live/Dead. One of the first (if not the first) 16-track live recordings, Live/Dead captured what was best about the band: the magic interplay that happened on stage as the band navigated strange, familiar avenues. Seamlessly stitched together from several recent shows, the set begins with what is likely the most beloved version of the quintessential Dead song, “Dark Star,” played here at an uncannily unhurried pace. “Dark Star” consumes all of side one, and belongs with the best sonic spelunkering of its day (Pink Floyd, Tangerine Dream), yet manages to be a much warmer interstellar journey than “A Saucerful of Secrets” or “Zeit.” Side two features a fine retelling of “Saint Stephen” and the first recorded appearance of “The Eleven,” which was a song of sorts (an instrumental with bits of song encased in it, really) that provides the perfect bridge between “Saint Stephen” and the Pigpen workout, “Turn On Your Lovelight.” Live/Dead closes with the powerful “Death Don’t Have No Mercy,” the trippy “Feedback” and the after-dinner mint at the end of the great feast, “And We Bid You Goodnight.” Live/Dead succeeds at delivering the Dead’s live show to your doorstep in the order they intended it. If Aoxomoxoa proved a poor investment in studio resources (and I would think the album has since recouped its costs), Live/Dead was an inspired stroke of genius, leveraging the enormous investment that the Dead had already made in their live shows and wisely capturing all of the nuances in sixteen tracks of color. Together with their next two records, this is the peak of the legend of the Dead.