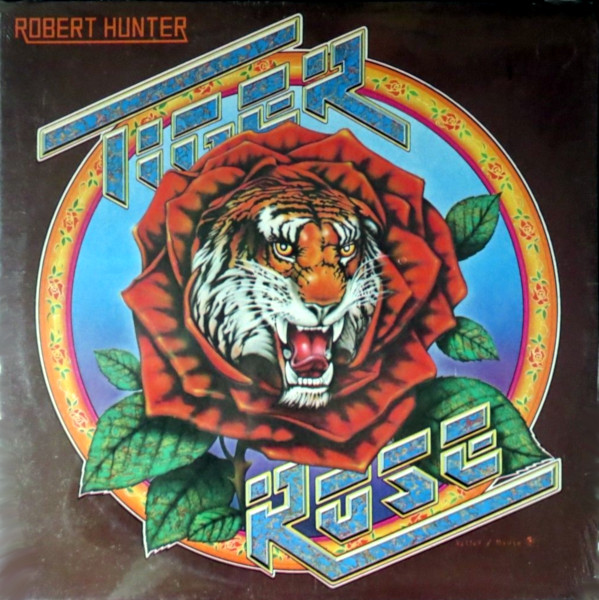 Probably the best of Hunter’s musical expeditions, approximating the sound of New Riders, Dead and Dylan mixed together.

Kronomyth 2.0: Catch a Tiger before the Tales.

If you’re only going to buy one Robert Hunter album, you’re looking at it. Hunter never seemed to get his sea legs on his first, and wisely chooses a Western setting for some of the best songs on his second album, including “Wild Bill” (a fine riding companion to “Panama Red”) and “Cruel White Water.” The lyrics are up to Hunter’s high standards this time, really some of the best stuff this side of Bob Dylan, and the arrangements from Jerry Garcia are lively and muscular. The album’s only weakness is Hunter’s voice, which remains a pale imitation of Dylan and Johnny Cash. (Tellingly, Hunter re-recorded the vocals for the 1988 re-release.)

The presence of Dead and Starship members notwithstanding, Tiger Rose aligns more closely with the music of New Riders, whose David Torbert appears on a few tracks. It doesn’t appear that any of the songs from Tiger Rose slipped into the Deadshow, so if you’re looking for another “It Must Have Been The Roses,” you won’t find it here. That’s a shame, since the Dead could have done wonderful things with “Ariel” and I would have loved to hear Jerry Garcia sing “Wild Bill.”

Although Hunter’s albums inhabit the same world as the Dead, they’re not imitative of the Dead. Hunter is more overtly influenced by Dylan (“Rose of Sharon,” “Dance A Hole”) and drawn to the traditional songs of sea and land, not psychedelia. He does branch into rock and roll on this album as well (“Over The Hills,” “Last Flash of Rock’N’Roll”), but doesn’t have the voice to support it. Look, neither did Ringo Starr, and some of those albums were a lot of fun. Tiger Rose is a lot of fun to listen to, and once you remember that Hunter is a writer not a singer, you’ll appreciate the effort and might actually find yourself enjoying this album from beginning to end.

All songs written by Robert Hunter.

Art and design by Kelley and Mouse.