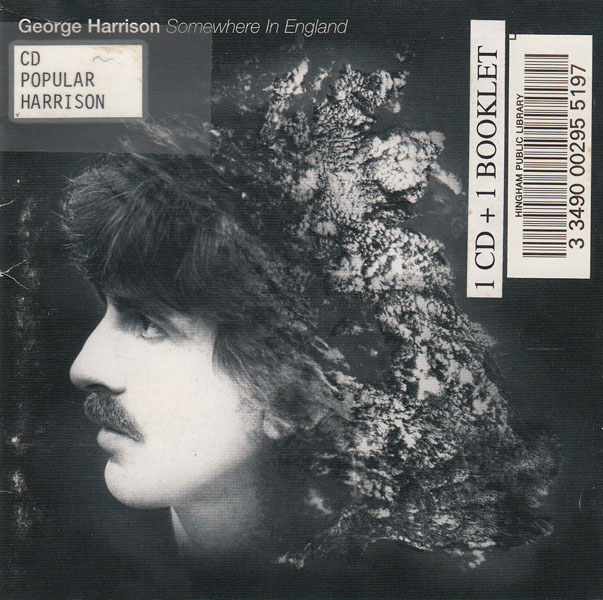 I wouldn’t give out my address either after releasing this stinker. Somewhere first appeared in England in 1980, but Warner Bros. declined to release the album in the US. That is, until John Lennon died, at which point they engaged Harrison in a conversation that I can only imagine went something like this:

Warner Bros. A&R Flunkie (WBARF): George, we can’t release this album in the US.

George: Is it the Hoagy Carmichael songs? Because I can get rid of those.

WBARF: NO, NO, don’t touch the Hoagy Carmichael songs. We LOVE those!

WBARF: It’s just that the record is so depressing. It could use something more upbeat.

Assistant WBARF: Like a Beatles song, or a song featuring the Beatles, or a song about a Beatle who may have died recently.

WBARF: Or a song about how much you hate making music.

George Harrison: Seriously, if it’s the Hoagy Carmichael stuff, I can take out “Hong Kong Blues.” I don’t even know why I picked that. I mean, I sing the words “colored man” on that song for crying out loud.

George Harrison: Seriously? “Baltimore Oriole” is about a woman who cheated on her man. “Hong Kong Blues” is about an opium addict who doesn’t have the money to buy a ticket home.

WBARF: See? I feel better about my life already.

WBARF: Perfect. We’ll have your percussion player produce them. Now, he has some ideas about the cover art… 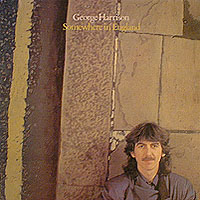 “…That was all this stuff (Warner’s) was telling me. ‘Well, we like it, but we don’t really hear a single.’ And the other people were saying, ‘Now, look, radio stations are having all these polls done in the street to find out what constitutes a hit single and they’ve decided a hit single is a song of love gained or lost directed at 14- to 20-year-olds.’ And I said, “Shit, what chance does that give me?” So, anyway I went in and wrote (Blood from a Clone) just to shed some of the frustrations.” — George Harrison, in a 1988 Creem interview posted on Beatlesnumber9.