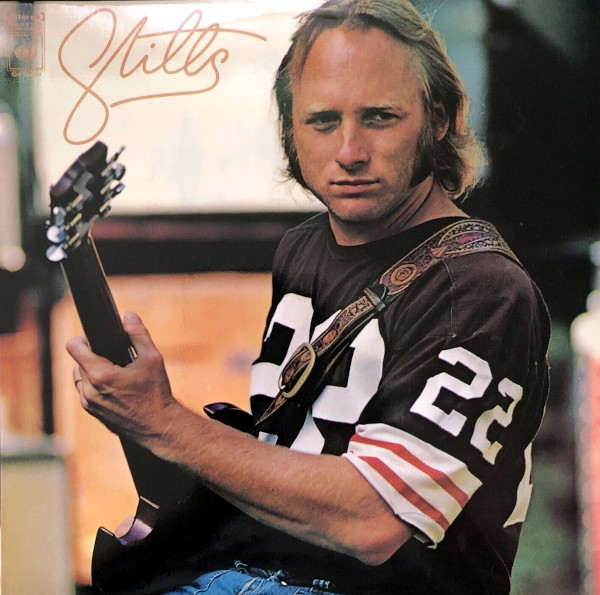 A dozen new songs recorded since the last stopover in Manassas that put Stills back on track.

Kronomyth 5.0: Still Stills after all these years.

After Manassas, Stephen Stills went back to recording solo material, signed with Columbia Records and released Stills. The opening “Turn Back The Pages” sums it up nicely, as the album collects material from several sessions including one (“As I Come of Age”) dating back to 1971. The music on Stills isn’t quite as compelling or cohesive as the last two Manassas records, a point that didn’t escape critics. But it’s not a bad record by any means. You’ll find ambitious arrangements (“Love Story,” “Myth of Sisyphus”), sneaky melodies (“My Favorite Changes,” “In The Way”), a Neil Young song (“New Mama”) and what might be the best CSN song that never was, “As I Come of Age.”

The supporting players represent a several-year span of time, including some new faces: Donnie Dacus, Marcie Levy, Kenny Passarelli, Rick Roberts. If you’re a fan of Stephen Stills, then Stills is definitely worth a flyer at some point. At least it meets my expectations of a Stephen Stills solo album: solid songs, thoughtful lyrics, some sharp guitar and organ playing, a revolving cast of stars and cameos from David Crosby and Graham Nash.

You get the sense, reading some of the negative reviews of Stills at the time, that critics had simply soured on the whole CSN and sometimes Y experience. I’ll admit that their hand was overplayed and that the whole scene (The Byrds, Buffalo Springfield, CSNY, Crosby-Nash, Flying Burrito Brothers, Eagles, Manassas, Firefall, Poco, The Souther Hillman Furay Band, etc.) was beginning to feel like the same cards re-shuffled. A world that had grown tired of Stephen Stills, however, was a jaded world indeed. I think there’s plenty on Stills to hold your interest, even if it isn’t the first, second or third Stephen Stills album you need to own.