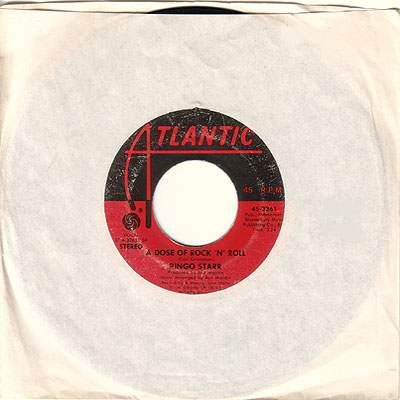 This is Ringo’s last great single from the 70s and as such marks the end of an era. Written by recently signed Ring O’Records artist Carl Groszmann, it’s a joyous number that marked Ringo’s return to the charts after more than a year’s absence (although Paul and George were filling the gap quite nicely). The short guitar solo features Peter Frampton (for the first part, anyway), himself no stranger to the charts. The flip side is a honky tonk ballad by Ringo and Vini Poncia, “Cryin’.” Both tracks are identical to the elpee versions, so there’s little reason to track this single down these days. As for Groszmann, he recorded a couple of singles and an album for Ring O’Records but never had another hit.