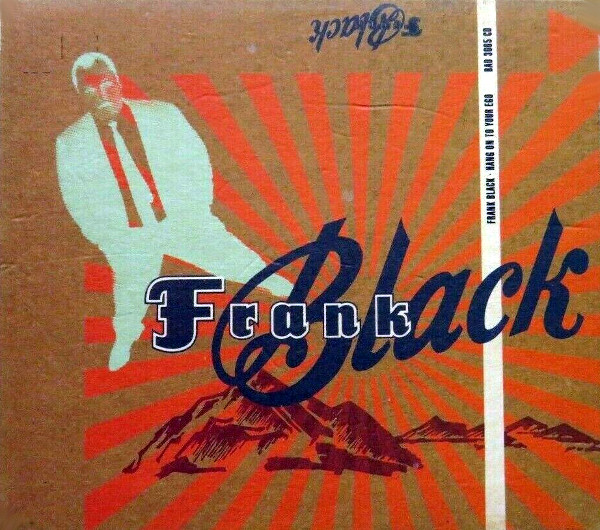 Frank’s planned album of covers ended up with just one cover but, oh, what a cover it was.

The Beach Boys’ Hang on to Your Ego is one of those songs that, once heard, isn’t soon forgotten. I remember first hearing it on the Pet Sounds reissue, by which time it was the stuff of legend, a song about LSD that the band had sanitized into “I Know There’s an Answer.” There’s something unsettling about hearing Brian Wilson write about losing his ego to drugs, a feeling heightened as the arrangement seems to discorporate from the melody. Frank Black’s first album, which had originally been intended as an album of covers, included a killer version of “Hang on to Your Ego” in a full-bodied, turbo-boosted arrangement.

To round out the second single from Frank Black, two instrumentals (presumably from the same sessions) were tacked on. Ballad of Johnny Horton is one of the earliest signs of Black’s affection for traditional American rock & roll, featuring a slightly sad and faraway melody that probably could have been honed into another winner with some weird lyrics. Surf Epic tests the listener’s patience for instrumental rock at 10 minutes, but it’s hard not to like a song that feels like ELO stranded in Death Valley. A typically weird video (directed by TMBG’s John Flansburgh) featured Frank Black, his younger brother (Parker Thompson) and Tony Asher, whose appearance as the man who didn’t write the lyrics for “Hang on to Your Ego” may the video’s most bizarre touch.

*Tracks A2/A3 are transposed in the UK CD single version.