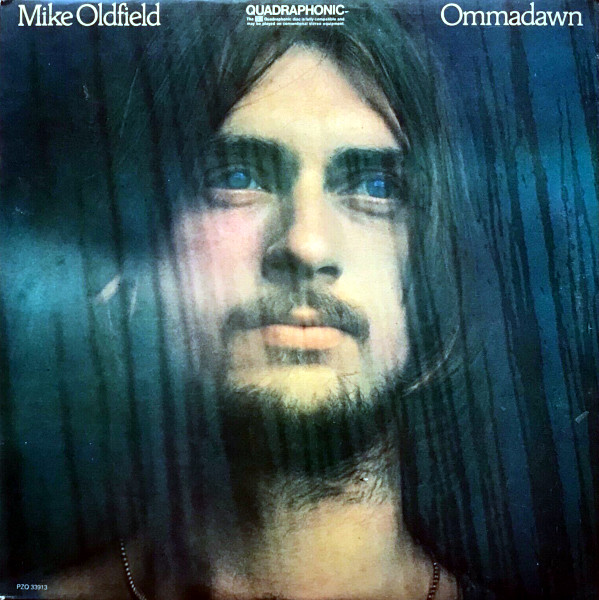 Another painfully crafted tapestry of themes that evokes the English countryside.

With Mike Oldfield and Tangerine Dream albums regularly reaching near the top of the UK charts, you had to wonder if the English were drinking their tea over there or smoking it. Ommadawn is another of Mike’s multitracked mazes through the English countryside, complete with Uilleann pipes, pan pipes, bagpipes and bazouki. At times, this album recalls Jethro Tull’s A Passion Play in the way the pieces fit together, a connection that becomes clearer when the closing On Horseback arrives, which immediately reminded me of Tull’s “Fire at Midnight.”

The marvel of Oldfield’s musical mazes is the meticulous arrangement of overlapping parts. In fact, so much overdubbing was done the first time ‘round that the original tapes were rendered useless and Oldfield had to start over. (In 2010, he remixed the whole thing again, suggesting his perfectionist tendencies hadn’t waned over the years.) Despite the sometimes dizzying array of instruments, Ommadawn rarely feels overhwhelming. There’s a warm, natural and playful spirit at work in this music that both resembles prog and gently refuses it at the same time.

Divided into two parts, Ommadawn is best experienced in a single sitting, making it a natural fit for compact disc technology. In the dark or with eyes closed and headphones clamped securely around ears, Oldfield’s musical world takes shape in shimmering sounds, spritely dances and glimpses of druidic priests and pixies. The same, of course, could be said of his first two albums, not that there was any need to change horses. Oldfield had discovered a unique and workable template for his one-man pastoral symphonies, and listeners were more than happy to come along for the ride.

Now, if you’re asking yourself whether Ommadawn is better than Tubular Bells or Hergest Ridge, you’re asking yourself the wrong question. The operative question is whether you enjoyed those first two records. If so, you’ll enjoy Ommadawn just as much. Considering that his next work, Incantations, went a bit off the deep end, this marks the end of a classic trilogy.