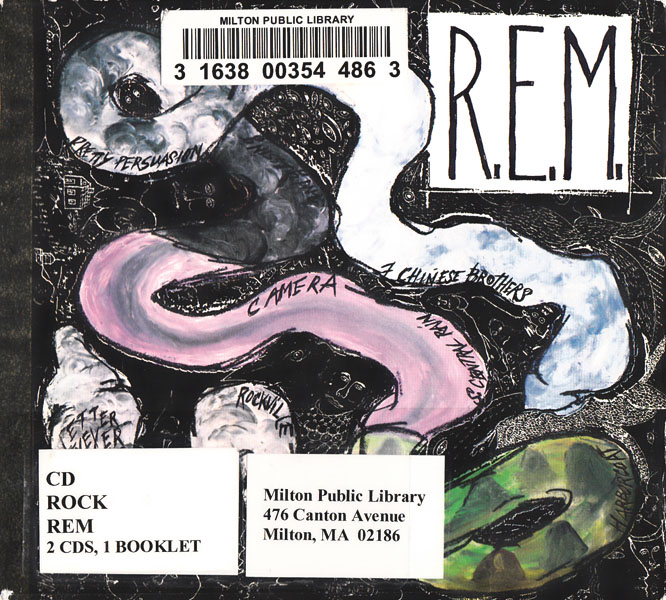 No big hits this time, but a good batch of songs where the band’s sound really begins to crystallize.

Radio Free Europe had felt like a rallying cry. There was no rallying cry on Reckoning. It was a good album whose best song (“So. Central Rain”) sounded like an updated version of David Bowie’s “An Occasional Dream.” Three of the album’s best tracks--“Harborcoat,” “(Don’t Go Back To) Rockville,” “7 Chinese Bros.”--had been in the band’s live repertoire before Murmur, from which you could draw the conclusion that even the best of Reckoning wasn’t good enough for Murmur.

So why do fans rally around Reckoning? Because it’s the more prototypical of the band’s first two albums. R.E.M. seems to have lightened up since Murmur, Peter Buck’s arpeggios are in fine form, and (perhaps most importantly) Michael Stipe appears comfortable in his role as lead singer and lightning rod. Nothing on Reckoning is required listening, yet the album is classic R.E.M. all the same. You can feel it in the dreamy, jangly, Byrdsian guitars. You can hear it in Mike Mills’ yearning voice (though the harmonies would click better, later). Where Murmur was militant, Reckoning is innocent.

Nothing on their second album sounded like Gang of Four; instead, the shadows of sunnier Englishmen like The Smiths and Echo & The Bunnymen could be seen. An appearance on the David Letterman Show in late 1983 set the tone for the transition. They played two songs: the shocking “Radio Free Europe” and the charming “So. Central Rain.” Like a lot of bands, R.E.M. wanted to change the world with their first album. On their second, they just wanted to make the next forty minutes a better place to be. They succeeded, and both critics and fans took notice of the fact.

Of interest, many of the song lyrics allude to water, and the album was even subtitled “File Under Water” on the album spine. Water means life, death and a bunch of other things I suppose (including water). I’m not really sure what Stipe had in mind with the water imagery or the two-headed snake on the cover, but I’ll promise to ignore it if you do. [Deluxe Edition note: It’s a nice repackage, but the live disc didn’t ignite my world or anything. Maybe early versions of “Hyena” and “Driver 8” or a cover of VU‘s “Femme Fatale” will ignite yours, I don’t know.]