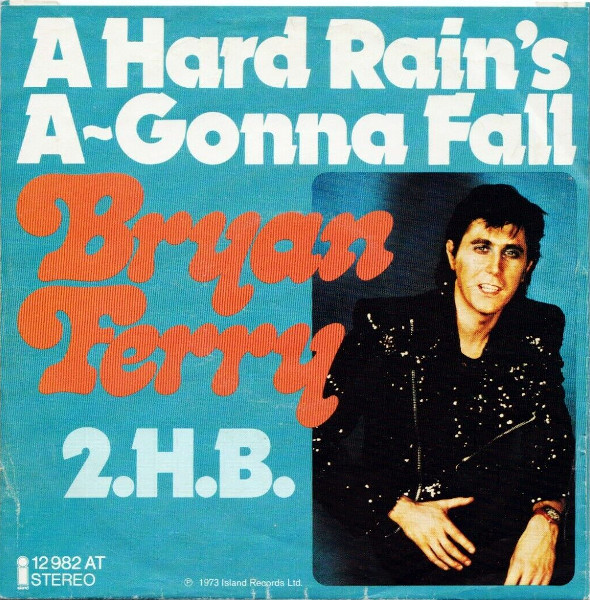 Everybody covers Bob Dylan but nobody does it like Bryan Ferry.

So this was how the world was going to end: rocking and rolling with stylish women in raincoats. Bob Dylan’s original vision of the apocalypse came tumbling down like rain, but Bryan Ferry floods the senses with his glamorous re-vision. I’ll confess, I didn’t know what to make of this the first time I heard it. Was Ferry fooling with us, or were we fooling ourselves? Whatever his intent, the effect was delightfully disturbing. Eddie Jobson also deserves to take a bow for his inspired contributions to this track.

On the flip side, Bryan Ferry takes aim at his own back catalog with a breezy version of “2 H.B.,” a song that first appeared on Roxy Music’s First Album. The original was fragile, maybe a bit too precious for a song about Humphrey Bogart, but the new version worked out the romantic kinks nicely. Years later, this version of “2 H.B.” was included on the brilliant catch-all, Let’s Stick Together.