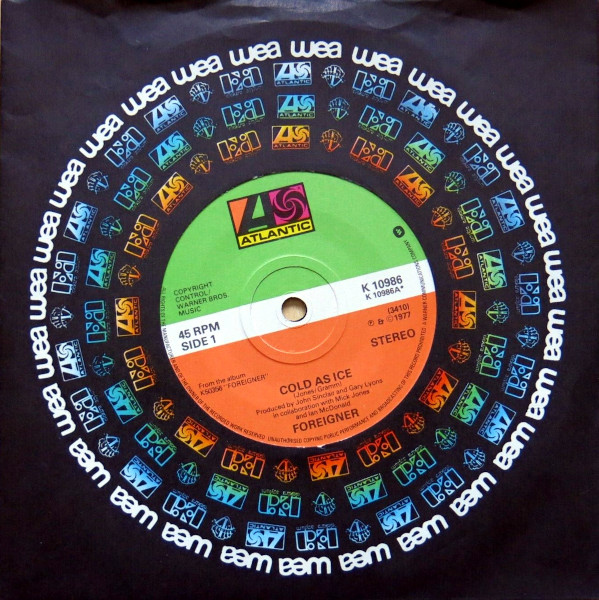 I didn’t appreciate Foreigner when it first came out, but I did love Cold As Ice. Still do, in fact. It’s a nearly perfect song, like “Killer Queen” or “The Things We Do for Love.” What I didn’t realize at the time was there were actually two versions of “Cold As Ice” — the album version and a single version that included strings. I can thank Tim Neely and his indispensable 45 RPM Record Guide for that particular revelation. Personally, I prefer the album version, since that song needs strings like a fish needs wings.

The B side is the album version of I Need You. Not one of my favorite Foreigner songs, but the whole idea of choosing a B side was not to pick a hit. It’s kind of a weird practice when you think about it, pairing a popular song with an unpopular one as though the cosmic balance of good and bad depended upon a seven-inch piece of plastic. There are a lot of strange practices in the music business, from backloading singles with junk to charging the same price for digital downloads of songs. For a creative industry, it seems to resist innovation.

Back-to-back hits 7-inch single reissue
A1. Feels Like the First Time
B1. Cold As Ice