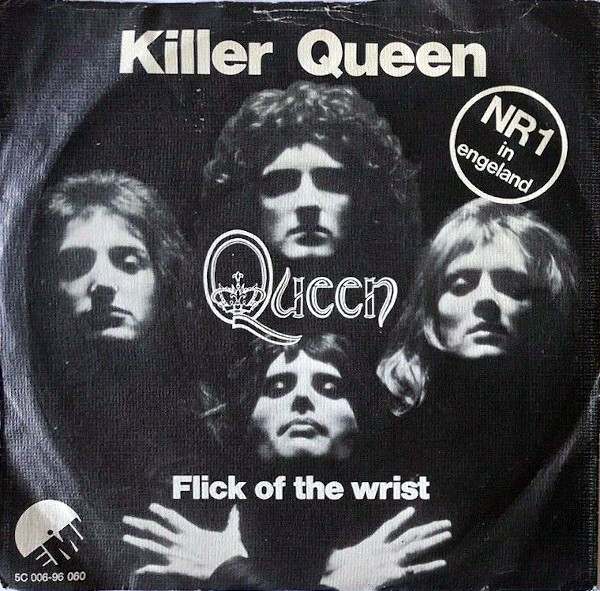 Queen commands, from a snap of the fingers to a flick of the wrist.

Kronomyth 3.01: Cut down by eternity.

The advance single from Sheer Heart Attack is the first truly classic Queen song. I’ve been singing it for so long to myself that, even when I discovered that I had about 20 percent of the lyrics wrong, I still kept singing the wrong words because I’d come to prefer them over the years. Killer Queen is unbelievably tight; not a hair is out of place. By contrast, the rest of Sheer Heart Attack is a tousled mess.

Flick of the Wrist is one of Freddie Mercury’s over-the-top, miniature epics. The song is a direct shot at unscrupulous record executives who force musicians to sign (presumably unfair) contracts and then turn them into a “muzak-fake machine.” The song may have had original manager Norman Sheffield in mind, who was the subject for Queen’s “Death on Two Legs.”

*Originally credited to Freddie Mercury, which is probably the correct attribution. 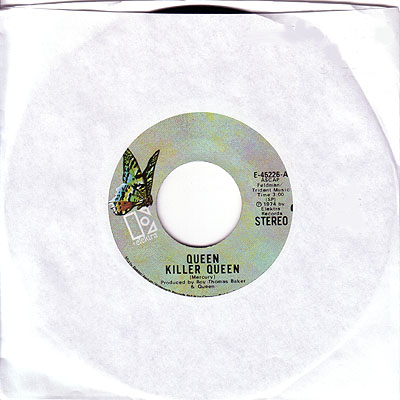