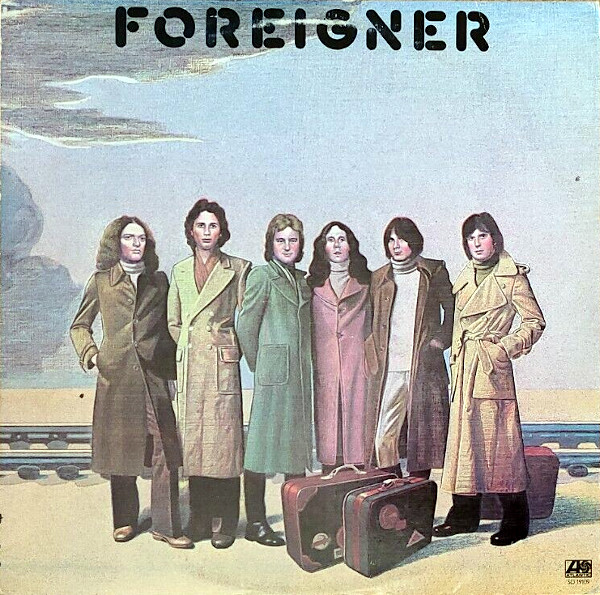 If Mick Ralphs and Boz Burrell could do it, so could Mick Jones and Ian McDonald.

Kronomyth 1.0: Immigrant you one wish.

I wasn’t a big fan of Bad Company, the obvious template for Foreigner, but there was just enough of Kansas and Queen at work on Foreigner to capture my attention, if not exactly my allegiance. Cold As Ice is a brilliant track, a perfect combination of “Killer Queen” and “The Things We Do for Love.” Feels Like the First Time is pure teenage testosterone scaled to epic proportions. Long, Long Way from Home just flat-out rocks. Toss in a couple of tracks like the Starrider and I Need You, and you’ve got the best rock debut since Boston.

Ian McDonald and Mick Jones were already in their 30s when the band released their first album. The rest of the band, though younger, featured experienced players including Lou Gramm (former lead singer of Black Sheep) and Dennis Elliot (former drummer for If). So, the band’s seeming overnight success didn’t exactly happen overnight. Their timing, however, was impeccable. Hard rock was just taking root as the green leaves of prog were fading and the seeds of heavy metal were being scattered. Few bands rocked as consistently hard as Foreigner, yet their songs were romantic enough that girls could get into their music too. At least, I think they could. The girls I knew liked The Clash.

At their best, Foreigner struck a balance between hard-rock braggadocio (e.g., Bad Company) and celestial synthesizers (e.g., Kansas or least the Steve Walsh side of Kansas). That said, their first album showed impressive range, reflecting the diversity of the band itself. Fool for You Anyway, for example, is more suited to a soft-rock group. “Starrider” is borderline prog. Woman Oh Woman could have walked from a Wings album.

You’d find less range on their later albums as the band’s songwriting crystallized around Mick Jones and Lou Gramm. The hits kept coming, the fists kept pumping and eventually the band would become better known for ballads like “Waiting for a Girl Like You” and “I Want to Know What Love Is.” As a prog purist, none of their later albums felt like the first time for me, although Double Vision came pretty close, especially on tracks like “Blue Morning, Blue Day” and “Love Has Taken Its Toll.”

Released on elpee, cassette and 8-track on March 8, 1977 in the US (Atlantic, SD/CS/TP 18215), the UK Atlantic, K50356), Germany and the Netherlands (Atlantic, ATL50356) and Japan (Atlantic, P-10376A) with lyrics innersleeve. 8-track version features different track order and manages to split “Cold As Ice” in half. Unbelievable. Reached #4 on the US charts (RIAA-certified 5x platinum record).