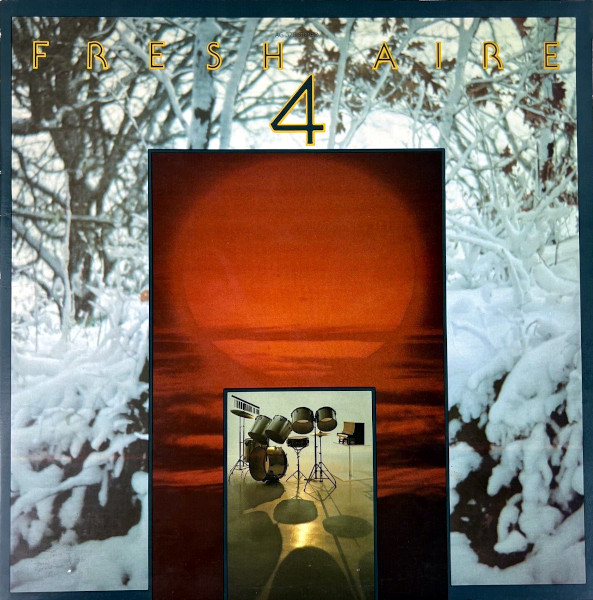 The last of the four seasons, winter, gets a warm treatment on the Steamroller’s fourth album.

The fourth installment of the Fresh Aire series takes winter as its inspiration (as much as any of these albums are inspired by the seasons). Fresh Aire 4 gets off to an excellent start with G Major Toccata, the atmospheric Crystal and piano solo Interlude 7. Just the sort of music to test the stereo separation of your new speakers with the lights off. From there, however, Fresh Aire 4 treads mostly familiar ground while occasionally venturing dangerously close to disco. Perhaps Chip Davis and his merry band of players had exhausted the avenues of medieval rock and roll.

If this album feels familiar, that’s not a bad thing. The first four or five Fresh Aire albums are each worth owning and deliver more or less the same joy. The production of Fresh Aire 4 is excellent, the separation of sounds is technically impressive and the melodies are often lovely (e.g., Embers). The main complaint I have against these albums is that I wish they were longer (at thirty-three minutes, this is one of the longer Fresh Aires), which is more of a compliment I suppose.

The use of synthesizers feels more pronounced on this record, nowhere moreso than The Dream, which had me thinking Chip Davis may have a good album of electronic meditation music up his wizard’s sleeve. As it turned out, “The Dream” would become the launching point for Fresh Aire V (thematically if not stylistically). After that, Mannheim Steamroller went on holiday for the next thirty years…

All songs written and arranged by Chip Davis.

Released on elpee and cassette on December 15, 1981 in the US (American Gramaphone, AG/AGC-370) with gatefold cover.