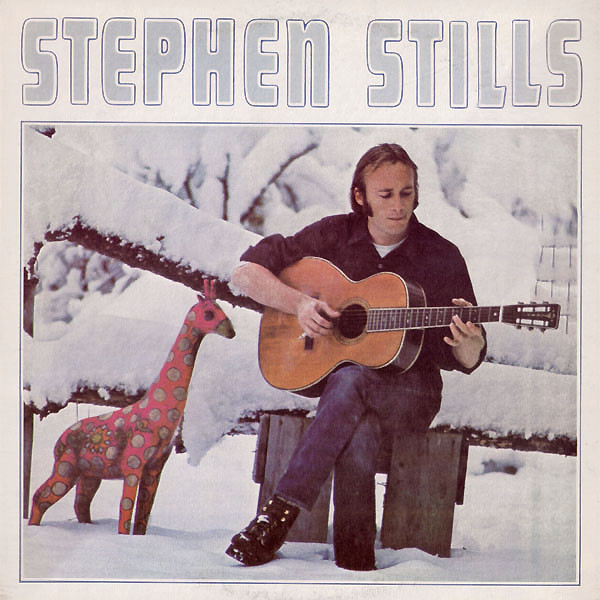 The CS&N star makes an S out of himself in the best way possible, showcasing his musical chops on this all-star set.

Kronomyth 1.0: One is the loveliest number.

I haven’t listened to every solo CS&N record, but this is the best of the lot so far. It opens with the most popular of the solo bits, “Love The One You’re With.” In the middle, Stephen Stills holds his own with guests Jimi Hendrix and Eric Clapton on guitar and Booker T. Jones on organ. It closes on a Beatle-y treat with Ringo Starr on drums. An auspicious start indeed. Solo releases from Graham Nash and David Crosby followed, each helping to bring into sharper relief the different musical personalities of CS&N’s members. Stills took most of the trio’s musical chops with him; he could have made a fine living playing keyboards and guitar and never opening his mouth. “Do For The Others” makes plain what a shame that would have been.

The songs here range from thoughtful, acoustic bits sans support to electric blues-rock numbers with rock royalty. Those two sides of Stills won’t surprise anyone. Stills with strings (“We Are Not Helpless”) and Spector-al pop (“To A Flame”) might, but they’re also two of the more interesting avenues on here. Like Clapton’s coming out party, which also featured Rita Coolidge on backing vocals and Bill Halverson behind the boards, this debut had been a long time coming: Buffalo Springfield, the Bloomfield/Kooper session, CS&N. It’s tempting to speculate on whether some of these songs had been rolling around in Stills’ head for a while. “Black Queen,” for example, rendered here in a fiery live acoustic version credited tongue-in-cheek to Jose Cuervo Gold Label tequila, was first recorded in a 1968 demo session unearthed 40 years later.

Several of these tracks have since been folded into the extended CS&N canon (“Love The One You’re With” was featured on 4 Way Street), and no harm done if you want to cross that Street and come directly here, since it has the most to offer of the early CS&N solo albums (Neil Young, of course, being another story entirely).

All selections composed by Stephen Stills.