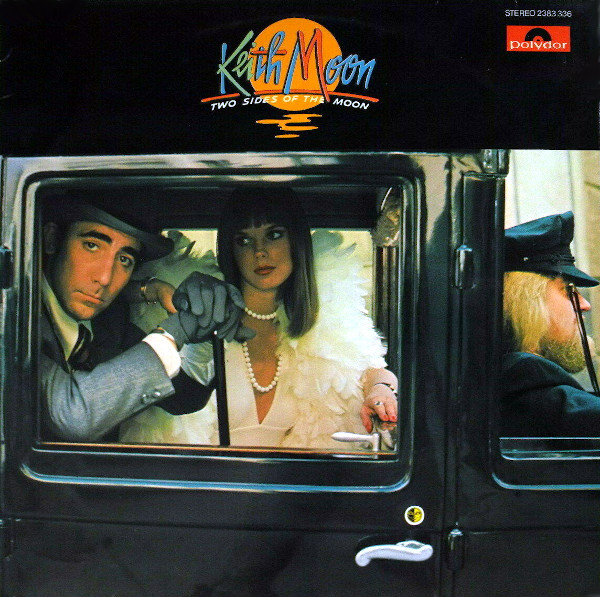 It’s been called one of the worst rock albums of all time. It’s not that bad.

Moon the Loon slips from behind the set for a solo record, brings former inmate Ringo along for the ride, and the results are remarkably Ringo-esque in the best sense of the (non) word. Albums by drummers usually follow one of three courses: the lame genre exercise, the middling pop/rock album and the misguided jazz-rock adventure. Two Sides of the Moon falls into the second category, a respectable rock record that honors its limitations (Keith Moon’s voice and varying states of sobriety) and works within those confines to produce a batch of good songs.

Rather than a knockoff of The Who (except for a straight reading of “The Kids Are Alright”), this sounds more like a Ronnie Lane record. Moon has that sort of humble and slightly besotted voice, not off key so much as off center. He does a credible job in various settings: country (“One Night Stand”), rock (“Crazy Like A Fox”) and, on the expanded remaster, faux island music (“Naked Man”).

If you’ve enjoyed Ringo and Goodnight Vienna, Two Sides of the Moon is worth exploring. No doubt the whole thing was a party, but Moon stays on target most of the time, apparently serious about the idea of making a real record. It’s not an essential record but, considering how little I expected from Moon as a solo artist, Two Sides gets two thumbs up from me. I didn’t expect Keith to lead with his chin, instead thinking that he would hide behind the cloak of inscrutable prankster. Of course it’s silly in spots, yet it never stoops to the put-upon strangeness of a “Dogs Part Two.” Two Sides of the Moon serves the Keith Moon legend as a charming anomaly, an indication that there was more to Moon than playing drums like a man possessed and wallowing in comic excess. The expanded reissue includes some good unreleased tracks, single versions and several raps between Ringo and Keith that are mildly amusing.