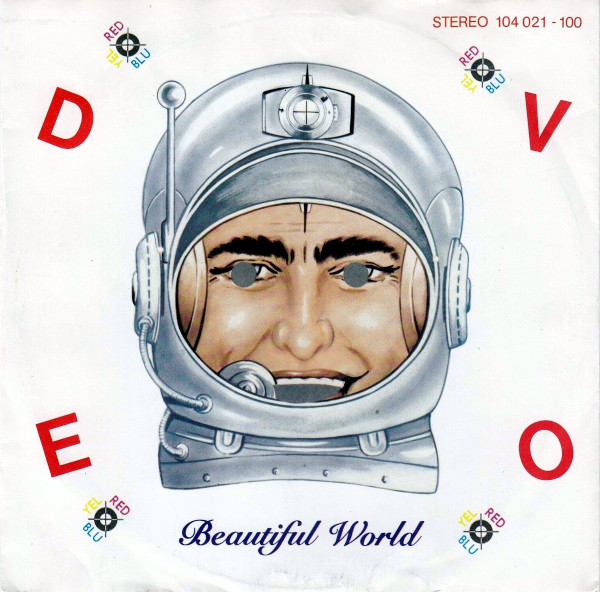 The second single from New Traditionalists rejected the world, to which the world kindly reciprocated.

Kronomyth 4.2: The devolution of man.

Devo had the plan for a future that refused to be planned. The future would be something completely different. The future would be just like you remembered it. It would be a beautiful picture, as ugly as anything you could imagine. New Traditionalists was a planet of contradictions, hot and cold and light and dark. “Beautiful World” lies somewhere in the cold, light quadrant, “Enough Said” in the hot, dark half. They were the last two places you visited on Kronomyth 4.0, and not nearly as interesting as the first two, but coalmine kept the commercial engine stoked. In the UK, “The Super Thing” made company to Beautiful with the same results.

Note: The US single credits General Boy (a.k.a. Robert Mothersbaugh Sr., a.k.a. Mark and Bob’s Dad) with cowriting “Beautiful World” as well as “Enough Said.” The elpee only credits him on “Enough Said.” Wish I had more to say on that, but I don’t.